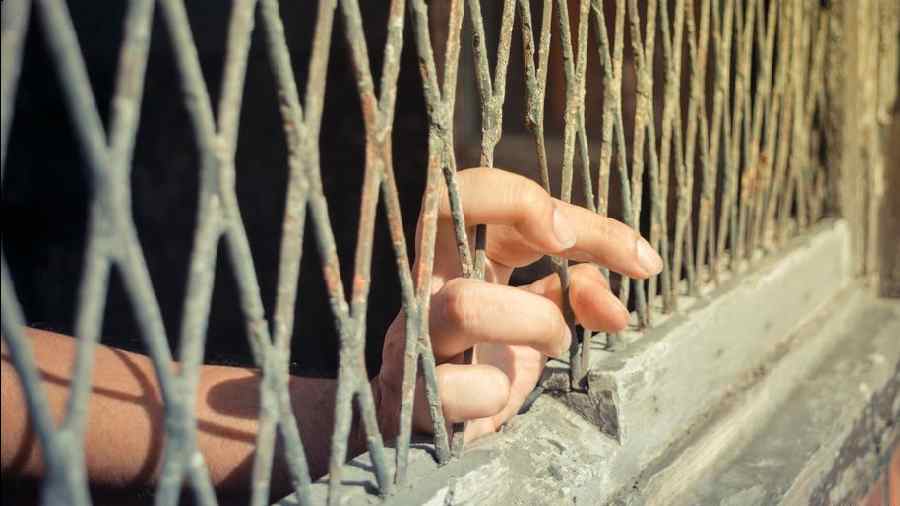 The past month may have marked the beginning of a new, dark era for women's rights activists in Saudi Arabia.

The cases bear several parallels, as both women were convicted under laws against counterterrorism and cybercrime for liking and retweeting articles on social media that supported human rights and women's rights, as well as the fact that none of the women were particularly outspoken or known to the public.

Similar to ruling against al-Shehab, al-Qahtani'sm verdict accuses her of "violating the public order" as well as "using the internet to tear [Saudi Arabia's] social fabric," according to the court papers, which were analyzed by the human rights organization Democracy for the Arab World Now.

The Washington-based watchdog was founded in February 2018 by the Saudi journalist and critic Jamal Khashoggi, who was killed and dismembered half a year later at the Saudi consulate in Istanbul.

However, following the international outcry after Khashoggi's murder and the consequential shunning of Crown Prince Mohammed bin Salman by traditional allies like the US and Europe, the Saudi kingdom remained isolated over its human rights record.

But the oil-rich country was welcomed back into the American and European fold this summer as a consequence of the Russian invasion of Ukraine and the subsequent global oil shortfall. US President Joe Biden visited the kingdom in July, and Crown Prince Mohammed has also traveled to several European capitals.

Analysts have stressed the timing of the two recent record verdicts and the renewed political relations between Saudi Arabia, the US and Europe.

"The Saudi leadership has chosen to show to the US and the West that at this time they have so much leverage and are in such a strong position that they can move ahead with a very draconian approach to the rule of law, and they will not take into account any sort of demand from the West in that direction and in that sense," Cinzia Bianco, a visiting fellow at the European Council on Foreign Relations, told DW.

This view is echoed by Abdullah Alaoudh, director for the Gulf region at Democracy for the Arab World Now. "It is impossible not to connect the dots between Crown Prince Mohammed bin Salman's meeting with President Biden last month in Jeddah and the uptick in the repressive attacks against anyone who dares criticize the crown prince or the Saudi government for well-documented abuses," he said in a statement.

Lina al-Hathloul, the sister of the released women's activist Loujain al-Hathloul, and now head of communications and monitoring at the London-based human rights watchdog Al Qst, told DW in an interview that "the new record sentence of Nourah bint Saeed al-Qahtani is a clear message from MBS that makes it obvious that he won't back down on his repression and will increase his brutality towards anyone who dares to speak up," using a common abbreviation for the Saudi crown prince.

She is convinced that the crown prince's ultimate goal is "to lead Saudi Arabia with a muzzled and fearful society."

In the five years since the now 36-year-old crown prince took up the reigns as the kingdom's de facto ruler, Saudi Arabia has undergone an economic and structural overhaul under the modernization framework Vision 2030, which also included granting significantly more rights to women.

For example, the traditional guardianship system has been removed, which means Saudi women have now the right to live alone and register for divorce or marriage without the consent of their guardian. They are also allowed to drive, join the army and the workforce, travel abroad, go to international concerts and the cinema, and perform hajj and umrah, pilgrimages to Mecca.

"However, the social and economic liberalization reforms that have been embraced by MBS have always, always been exclusively focused on an economic and societal liberalization. Simultaneously, the situation on political and civil liberties has been worsening," said Bianco.

Even calling for improved basic conditions has been reason enough for brutal violence by state officials and the police. Footage, which was widely shared in late August under the hashtag #KhamisMushaitOrphans, shows policemen and security officials beating women with their fists, leather belts and wooden sticks. One official dragged a screaming woman by her hair across the backyard at an orphanage in Khamis Mushait, some 547 miles (880 kilometers) from Riyadh.

While the exact timing and background remain to be confirmed, various Arabic media outlets have reported that the girls had previously criticized the living conditions at the orphanage.

However, following the outcry on social media, the province's governor, Turki bin Talal bin Abdulaziz, has called for a probe to investigate "all parties" of the incident and "refer the case to the competent authority."

In the hope of raising attention that could lead to international pressure over the 34-year-sentence of Salma al-Shehab, more than 30 international human rights organizations signed an open letter this week.

"In contrast to the authorities' rhetoric on human rights, including women's rights and legal reforms, the real drivers of reform — the activists calling for basic rights — continue to be ruthlessly targeted and silenced," the document read.

If the letter could be updated to the beginning of September, it would most certainly also include the brutal beating of the women at the orphanage and the new record sentence of Nourah bint Saeed al-Qahtani.