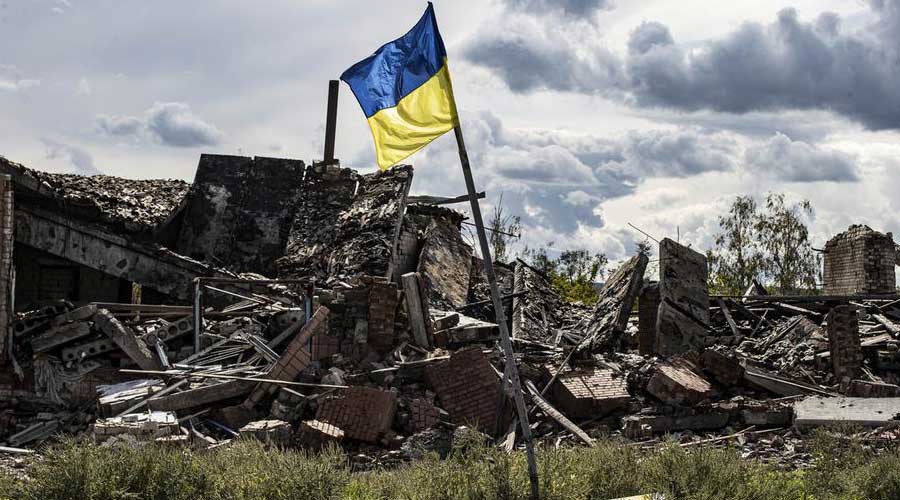 Ukraine says it has been making gains in three of the four regions that Russia is trying to illegally annex.
Deutsche Welle
Deutsche Welle   |   Published 05.10.22, 05:48 PM

A pro-Moscow official in the southern Kherson region of Ukraine said Russian troops there were regrouping for a counterattack after sweeping gains by Kyiv's forces.

While Russian troops have conceded territory in southern Ukraine, they also faced losses on the northeastern front.

How much territory has Ukraine retaken?

The Operational Command of the Ukrainian Armed Forces (UAF) said on Wednesday that it had extended the area it controlled on some parts of the front line "between 10 to 20 kilometers" (6.2 to 12.4 miles).

In its daily report, the UAF said Russian forces were destroying ammunition and reserves and trying to destroy bridges and crossings to slow the Ukrainian advance.

It said the withdrawing Russian forces in Kherson were planting mines on "infrastructure facilities" and in homes. The report said that, in the last 24 hours, Russia had lost 31 troops and more than 40 pieces of equipment, including eight tanks, 26 armored vehicles, and a large caliber howitzer.

The Russian state-owned news agency RIA quoted Russian-installed Kherson official Kirill Stremousov as saying that Russian forces there were "conducting a regrouping in order to gather their strength and deliver a retaliatory blow."

Ukraine's president, Volodymyr Zelensky, says gains have been made in the Luhansk, Donetsk, Kherson and Kharkiv regions. He listed several smaller settlements in Kherson specifically, saying that they had been "liberated from the occupier and stabilized." He also described his list of locations as "far from complete."

The UK's Ministry of Defense on Wednesday said Ukraine was also making progress in offensive operations on the north-eastern front. In Kharkiv Oblast, it said, Ukraine had now consolidated a substantial area of territory east of the Oskil River.

The ministry said Ukrainian formations had advanced up to 20 kilometers beyond the river into Russia's defensive zone towards the supply node town of Svatove.

What do the losses mean?

The gains reported by Ukraine were in three of the four regions — Luhansk, Donetsk, Kherson and Zaporizhzhia — that Moscow claims to have annexed after so-called referendums last week. The move has been widely condemned by Ukraine and Western governments as a violation of international law.

The exact borders Russia is claiming still remain unclear, but the Kremlin has vowed to defend Russia's territory. The regions make up a crucial land corridor between Russia and the Crimean Peninsula, which Moscow annexed in 2014.

The UK Ministry of Defense noted that Russia's loss of territory on the borders of Luhansk could prove both strategically important and politically damaging to leaders in Moscow.

"It is highly likely that Ukraine can now strike the key Svatove-Kremina road with most of its artillery systems, further straining Russia's ability to resupply its units in the east," said the UK assessment.

"Politically, Russian leaders will highly likely be concerned that leading Ukrainian units are now approaching the borders of Luhansk Oblast, which Russia claimed to have formally annexed last Friday."