The multipurpose road-rail bridge, which is fully funded by the Bangladesh government, has been constructed at a cost of USD 3.6 billion 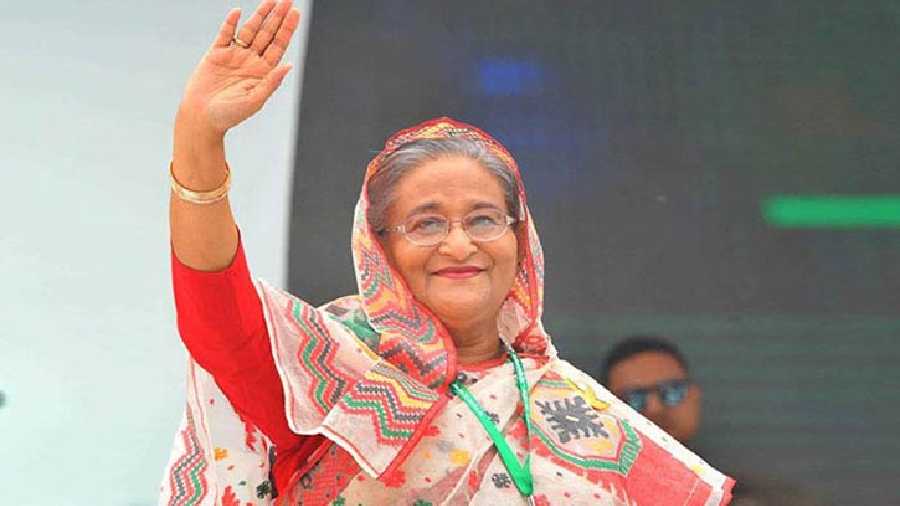 The landmark Padma Bridge is not a pile of brick and cement but a symbol of Bangladesh's pride, capacity and dignity, Prime Minister Sheikh Hasina said on Saturday as she inaugurated the country's longest bridge entirely built with domestic funding.

The 6.15-km-long road-rail four-lane bridge is built over the Padma river connecting southwestern Bangladesh with the capital and other parts of the country.

The multipurpose road-rail bridge, which is fully funded by the Bangladesh government, has been constructed at a cost of USD 3.6 billion.

The inauguration of the Padma bridge carries a lot of significance as the structure was built entirely with domestic financing, defying skepticism from some financial analysts if Bangladesh, which will only graduate from the UN's Least Developed Countries (LDC) list in 2026, could mobilise the fund depending on domestic resources.

Hasina expressed deep gratitude to the people involved with the construction of the Padma bridge.

"I have no complaints against anyone, but I reckon those who opposed the Padma Bridge construction plan and called it a 'pipe dream', lack self-confidence. I hope this bridge will boost their confidence," the prime minister said.

"This bridge is not just bricks, cement, iron, and concrete This bridge is our pride, a symbol of our capacity, our strength and our dignity. This bridge belongs to the people of Bangladesh," she said.

The bridge belongs to the people of Bangladesh. It encapsulates our passion, creativity, courage, endurance and perseverance, she said.

She said the much-cherished bridge stands on the turbulent Padma River overcoming many obstacles and breaking the web of conspiracy.

Today, I am happy, proud, and overwhelmed along with millions of people of the country, said Hasina.

The Padma Bridge project witnessed several engineering wonders as well as technological challenges. It emerged as the wonder structure for Bangladesh and saw the use of state-of-the-art machinery and know-how.

The project was initially expected to be funded by a consortium led by the World Bank.

In 2012, it cancelled the proposed credit saying it had credible evidence of high-level corruption among Bangladeshi officials.

Bangladesh has all through denied these allegations and preferred not to approach the international global lender for funding.

Meanwhile, India has congratulated the Bangladesh government on the completion of the massive project.

"Felicitations to Government and people of Bangladesh on completion of the landmark Padma Bridge project, from India!" the Indian High tweeted ahead of the inauguration.

"The completion of this long-awaited project is testimony to the courageous decisions and far-sighted leadership of HE Prime Minister Sheikh Hasina. This success vindicated the Prime Minister's decisions and also our conviction..., as expressed through our steadfast support when Bangladesh decided to proceed with the project alone," the Indian High Commission said in a statement.

The Padma Bridge would not only help improve intra-Bangladesh connectivity, but it will also provide much-needed impetus to logistics and businesses connecting India and our shared subregion, it said, adding the bridge will play an important role in fostering greater bilateral and subregional connectivity.

"The people of India once again congratulate the fraternal people of Bangladesh on the momentous occasion of inauguration of Padma Bridge, on the 50th anniversary of Bangladesh's Liberation," it added.

Prime Minister Hasina said that the foundation of the Padma Bridge is still the deepest in the world.

She said that the piles of this bridge have been laid up to a maximum depth of 122 metres while sophisticated technology has been used for earthquake prevention.

Because of some of the more special features, the construction of this bridge will be included in engineering textbooks around the world - that's for sure," she said.

The prime minister said the engineers of Bangladesh have gained experience in implementing big projects from this huge work. In the future, we will be able to build such complex bridges or infrastructure ourselves, she further said.