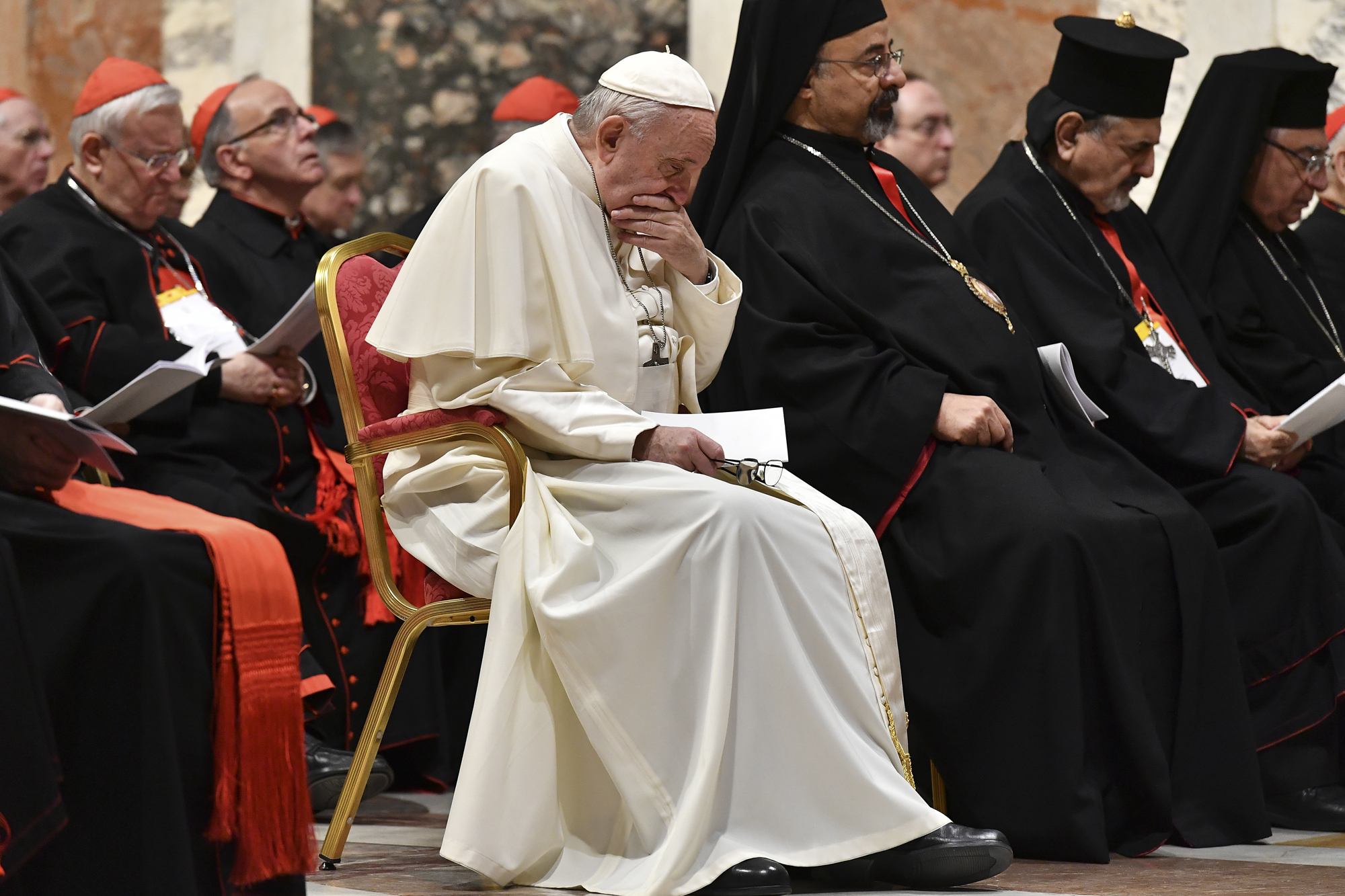 "We need to recognise with humility and courage that we stand face-to-face with the mystery of evil, which strikes most violently against the most vulnerable, for they are an image of Jesus," the Pope said.
AP
AP   |   Vatican   |   Published 24.02.19, 11:10 AM

Pope Francis closed out his extraordinary summit on preventing clergy sex abuse by vowing on Sunday to confront abusers with 'the wrath of God,' end the cover-ups by their superiors and prioritize the victims of this 'brazen, aggressive and destructive evil'.

Francis delivered his remarks at the end of Mass before 190 Catholic bishops and religious superiors who were summoned to Rome after more abuse scandals sparked a credibility crisis in the Catholic hierarchy and in Francis' own leadership.

The Jesuit pope noted that the vast majority of sexual abuse happens in the family. And he offered a global review of the broader societal problem of sexual tourism and online pornography, in a bid to contextualise what he said was once a taboo subject.

But he said the sexual abuse of children becomes even more scandalous when it occurs in the Catholic Church, 'for it is utterly incompatible with her moral authority and ethical credibility'.

'We need to recognise with humility and courage that we stand face-to-face with the mystery of evil, which strikes most violently against the most vulnerable, for they are an image of Jesus,' he said.

Francis summoned the bishops from around the world to the four-day meeting to impress upon them that clergy sex abuse and cover-ups aren't just a problem in some countries but a global problem that threatens the very mission of the Catholic Church.

'Brothers and sisters, today we find ourselves before a manifestation of brazen, aggressive and destructive evil,' the pope said.

He offered an eight-point pledge of priorities going forward, calling for a change in the church's defensive mentality and a vow to never again cover-up cases. Victims, he said, must take center stage while priests must undergo a continuing path of purity with the 'holy fear of God' guiding the examination of their own failures. 'In people's justified anger, the church sees the reflection of the wrath of God, betrayed and insulted by these deceitful consecrated persons,' he said.