Advertisement
Home / World / Pakistan: Over 900 people killed in torrential rains and floods since June this year

Pakistan: Over 900 people killed in torrential rains and floods since June this year

Unable to cope with debilitating impact, the government has now launched an international appeal seeking funds for relief and rehabilitation 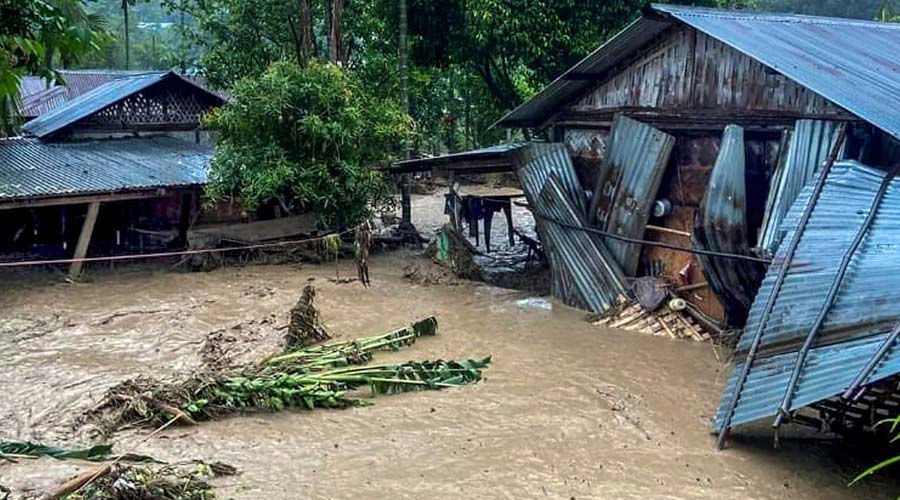 Torrential rains and floods across Pakistan have killed more than 900 people and injured nearly 1,300 since June this year, according to official data on Thursday.

The devastating floods have brought unprecedented loss where at least 495,259 houses have been damaged. It has also destroyed 3,037 km of roads and washed away 130 bridges.

So far 903 people have died and 1,293 injured in the floods and rains since June 14, as per the latest data released by National Disaster Management Authority (NDMA), the top national body having the mandate to deal with calamities.

Most numbers of deaths were recorded in Sindh province (293), followed by Balochistan (230), Khyber-Pakhtunkhwa (169), Punjab (164), Pakistan-occupied Kashmir (37), Nine in Gilgit-Baltistan and one in Islamabad capital region. Those killed in the floods include 326 children and 191 women.

Unable to cope with the debilitating impact, the government has now launched an international appeal seeking funds for relief and rehabilitation for flood-hit people and restoration of damaged infrastructure.

Minister for Climate Change Sherry Rehman said that the current climate catastrophe needs immediate international and national mobilisation of humanitarian efforts, not just in the form of food, shelter, and basic survival amenities, but also in rescue efforts.

"Given the scale of the disaster, there is no question of the provinces or even Islamabad being able to cope with this magnitude of climate catastrophe on their own. Lives are at risk, and thousands are homeless. It is important that international partners mobilise assistance," the Minister said.