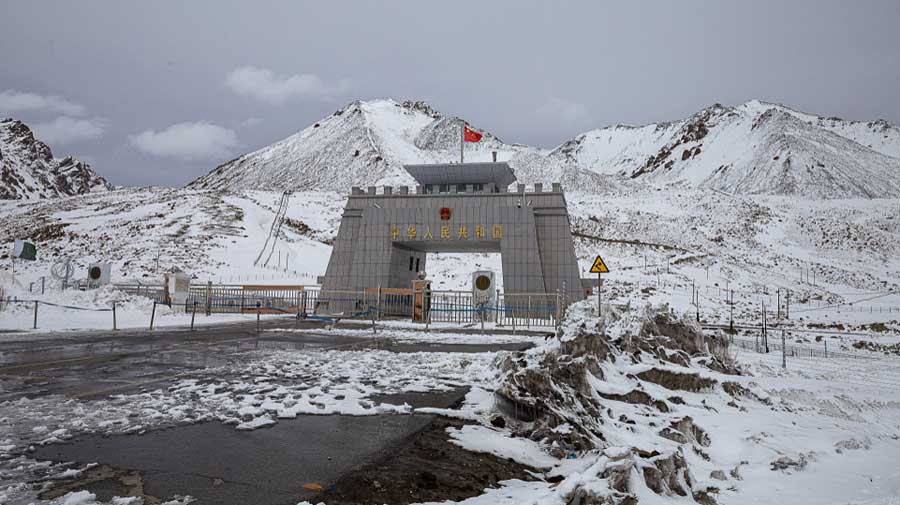 Pakistan on Wednesday began constructing with Chinese funding the long-held-up Diamer-Bhasha dam that partly lies in the Gilgit-Baltistan area of Pakistan-occupied Kashmir.

This is the second time China has stepped in to finance the project after other potential sources of funding failed to materialise, partly because of Indian opposition to its construction on territory it claims.

China first pitched in with funds in 2017 but Pakistan withdrew from the deal the following year when China insisted on owning the project once it was complete.

On May 14 this year, amid the face-off between Indian and Chinese soldiers along the Line of Actual Control in Ladakh, Pakistan signed a Rs 442-billion contract with a joint venture of the state-owned PowerChina and the Frontier Works Organisation (the military engineering arm of the Pakistan army) for the 450MW project, with China dropping the ownership condition.

India had in May itself objected to Pakistan’s plans to proceed with the dam in disputed territory.

Responding to questions on Pakistan signing the agreement with China, external affairs ministry spokesperson Anurag Srivastava had said: “Our position is consistent and clear that the entire… territories of Jammu and Kashmir and Ladakh have been, are and will continue to be an integral and inalienable part of India. We have consistently conveyed our protest and shared concerns with both China and Pakistan on all such projects in the Indian territories under Pakistan’s illegal occupation.”

China had dismissed the objections the very next day with foreign ministry spokesperson Zhao Lijian saying: “China’s position on the Kashmir issue is consistent. The economic cooperation between China and Pakistan aims to boost local economic growth and improve people’s livelihoods for the benefit of all.”

India did not respond immediately on Wednesday to reports from Pakistan on the start of the construction.

The work was launched by Pakistan Prime Minister Imran Khan in the Chilas area of Diamer district of Gilgit Baltistan on Wednesday. The dam is being constructed on the River Indus between Kohistan in Khyber Pakhtunkhwa (formerly the North West Frontier Province) and Diamer.

The dam has been in the works since 1980 but gathered steam during Pervez Musharraf’s rule when feasibility studies were completed. For the past decade, successive governments in Pakistan have been trying to secure funding for the ambitious project.

Islamabad had approached various countries and entities including the US, Saudi Arabia, the World Bank and the Asian Development Bank for funds but none of them came through, in some instances because of India’s opposition to the project. The World Bank wanted Islamabad to get a no-objection certificate from India but Pakistan had refused to do so.