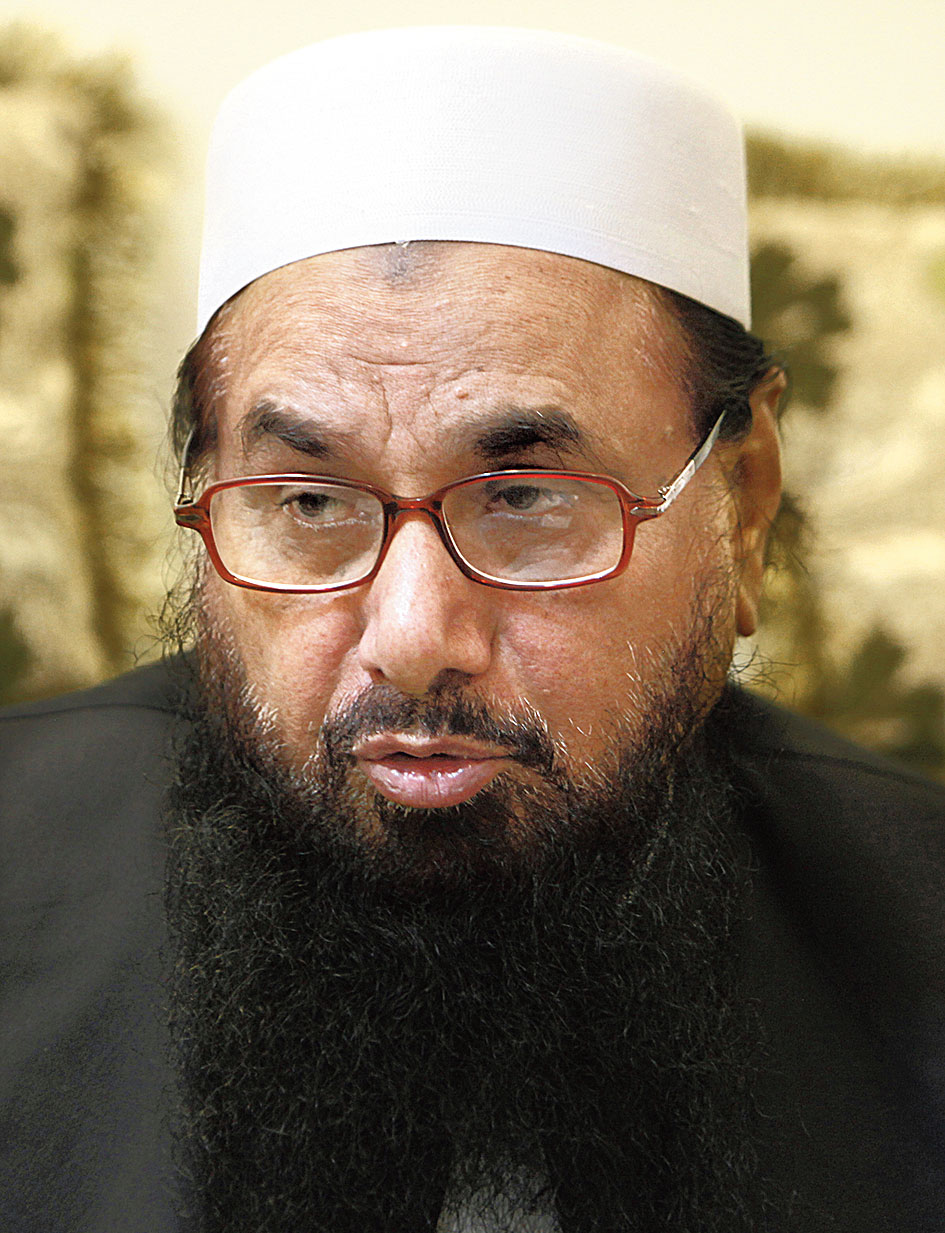 Hafiz Saeed has already recorded his statement before the court in two terror financing cases against him in which he pleaded "not guilty".
AP
PTI   |   Lahore   |   Published 25.01.20, 11:38 AM

No hearing could be held in the terror financing cases against Mumbai attack mastermind Hafiz Mohammad Saeed for the last three days because the prosecution lawyer was on leave, a Pakistani court official said.

'The Lahore's Anti-Terrorism Court (ATC) adjourned the hearing till next Monday (January 27) after it was told that Deputy Prosecution General Abdur Rauf was on leave for few days,' the court official told PTI on Saturday.

He said Rauf is out of the country and he is likely to return by Monday.

On Monday last, Saeed's lawyers -- Advocates Naseeruddin Nayyar and Imran Fazal Gull had requested the court to give them more time to complete their arguments in defence of their client in two terror financing cases registered against him in Lahore and Gujranwala.

ATC judge Arshad Hussain Bhutta had accepted the plea of Saeed's lawyers and directed them to complete their arguments on next hearing on January 23.

In a separate case of terror financing against Jamaat-ud-Dawah spokesperson Yahya Mujahid and its senior leader Abdur Rehman Makki, the ATC-I also adjourned the hearing till Monday.

Saeed has already recorded his statement before the court in two terror financing cases against him in which he pleaded 'not guilty'.

The cases of terror financing have been registered against him in Lahore and Gujranwala cities on the application of Counter Terrorism Department of Punjab police.

Cross examination of prosecution witnesses against Saeed and his three close aides by the defense counsel has already been concluded.

The prosecution produced a good number of witnesses against Saeed. The ATC indicted Saeed and others on December 11 in terror financing case in day to day hearing.

The Counter Terrorism Department has registered 23 FIRs against Saeed and his accomplices on the charges of terror financing in different cities of Punjab province and arrested him on July 17.

He is held at the Kot Lakhpat jail in Lahore.

Saeed-led JuD is believed to be the front organisation for the LeT which is responsible for carrying out the 2008 Mumbai attack that killed 166 people, including six Americans.

The US Department of the Treasury has designated Saeed as a Specially Designated Global Terrorist, and the US, since 2012, has offered a USD 10 million reward for information that brings Saeed to justice.

The US has also welcomed Saeed's indictment, urging Islamabad to ensure a full prosecution and expeditious trial of the charges against him.

The indictment followed growing international pressure on Pakistan to stop militant groups from collecting funds in the country and to take immediate action against those still involved in militant activities.