One dead as car ploughs into Berlin crowd 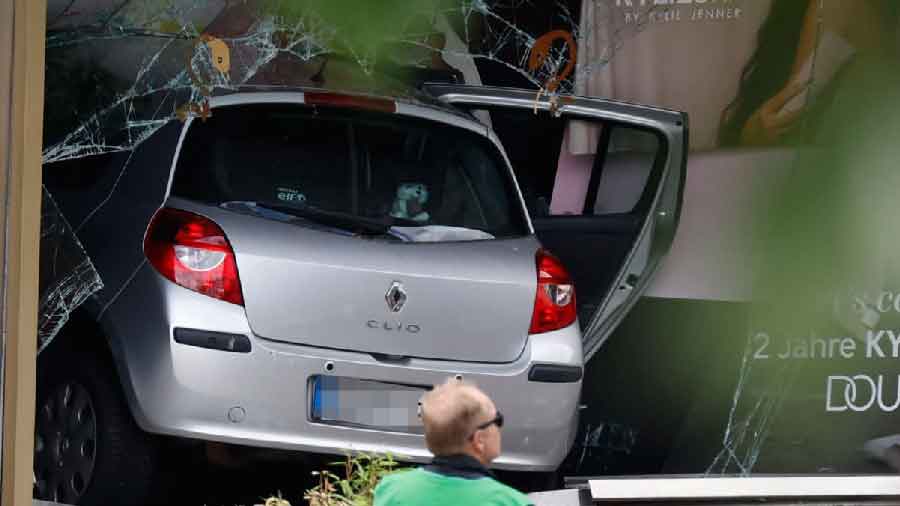 A car drove into a crowd of people in Berlin on Wednesday, killing one person as it veered onto a pavement twice in a district of the German capital popular with tourists and shoppers, police said.

Police identified the driver as a 29-year-old German-Armenian, who eventually crashed the car into a shop window and was detained by bystanders and handed over to the authorities.

Germany’s Bild newspaper identified the victim as a teacher who was in the street with a group of her school children.

More than a dozen people were injured, a police spokesperson at the scene in western Berlin said, next to the war-ravaged Kaiser Wilhelm Memorial Church, one of the German capital's best-known landmarks.

Five of the injured were in a life-threatening condition, a fire service spokesperson said.

“A man is believed to have driven into a group of people. It is not yet known whether it was an accident or a deliberate act,” police said.

“We are currently on the scene with about 130 emergency personnel,” the police added. “The vehicle, a small car, was secured on site.”

Investigators were looking into whether the incident was a deliberate attack or possibly an accident with a medical cause, a police spokesperson said, adding that the driver had received some medical treatment.

“It is too early to speculate about the background (of the incident),” an interior ministry spokesperson told a regular federal government news conference in Berlin.

Bild newspaper released a picture of the driver being detained, wearing a yellow pullover, jogging trousers and red trainers.

A small, silver coloured Renault car was lodged inside a shop after smashing through a plate glass window.

Rescue workers moved apparently conscious people on stretchers towards an ambulance, including one woman sitting up, and another who covered her face with her hand.

John Barrowman, an actor who was at the scene, told Sky News in the UK: “I saw a woman being put into an ambulance ... it looked like they were resuscitating somebody.”