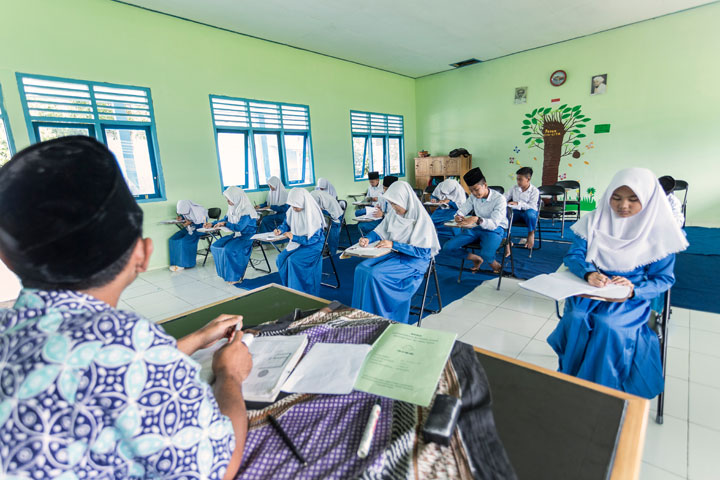 According to the council, madarsas in the regions bordering India are receiving funds from countries like Qatar, Saudi Arabia and Turkey
Representational image from Shutterstock
PTI   |   Kathmandu   |   Published 12.01.20, 09:26 PM

Nepal is drafting a policy to “discourage” international NGOs from undertaking programmes with potential to hamper the country’s relations with its giant neighbours, India and China, officials said on Sunday.

While cross-border terrorism and criminal activities continue to be the major causes of concern for India, China has in the past complained about the movement of Tibetans via Nepal.

Based on Nepal’s foreign policy of keeping balanced relations, the projects that are opposed by either country will not be implemented, according to the draft of the strategy policy that is being prepared by the Social Welfare Council, The Kathmandu Post reported.

The policy will discourage organisations from running programmes that can hamper Nepal’s relations with the neighbouring countries, it said.

Durga Prasad Bhattarai, an information officer at the council, was quoted by the Post as saying: “The objective of the proposed policy is to reassert that the Nepal government is concerned about the strategic mobilisation of international non-government organisations, particularly in the bordering regions, in the name of building madarsas and monasteries.”

According to the council, madarsas in the regions bordering India are receiving funds from countries like Qatar, Saudi Arabia and Turkey.

Rajendra Kumar Poudel, member secretary at the council, said India had raised concerns through the home ministry about the large presence of madarsas in the bordering region.

“So we have stepped up the scrutiny of the source of funds and nature of programmes to be run in the madarsas while providing approval for foreign funding. We are in favour of addressing India’s concerns, but we have not taken any opinion from the Indian embassy in Kathmandu,” said Poudel.

Poudel, however, added it would be wrong to paint all the madarsas with the same brush.