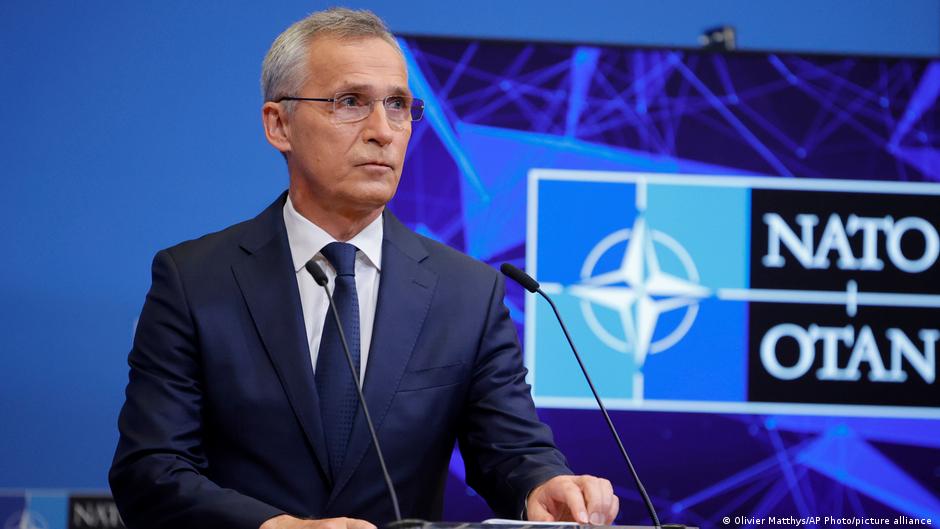 Stoltenberg called the move "the most serious escalation" since the start of the war in Ukraine, triggered by Russia's invasion earlier this year.

The announcement by Russian President Vladimir Putin that Russia now considers Donetsk, Luhansk, Kherson and Zaporizhzhia part of its own territory — in violation of international law — was followed by an announcement from Kyiv that it was requesting accelerated membership of the NATO alliance.

"This land grab is illegal and illegitimate," the NATO Chief added, calling on all world states to reject Russia's annexation of the territories.

"NATO is not party to the conflict but we provide support to Ukraine," he emphasized.

Stoltenberg said that "NATO's door remains open," and that any European country has the right to apply to join the alliance — sticking to the line previously given by NATO leaders.

"Our focus now is on providing immediate support to Ukraine to help Ukraine defend itself against the Russian brutal invasion," he added.

Regarding Putin's threats of escalating attacks if Ukraine attacks the territories that it now considers Russian, the NATO chief said that Ukraine has the right to retake Ukrainian territory occupied by Russian forces.

"The illegal annexation… doesn't change the nature of this conflict."

Stoltenberg added NATO cannot back down from nuclear saber rattling from Moscow otherwise the message will be that "nuclear blackmail" is a viable weapon.

There will be "severe consequences for Russia if they use nuclear weapons," he said.

Explosions in the Baltic

"We are stepping up our sharing of intelligence" in light of the explosions at the Nord Stream pipelines, Stoltenberg said during the evening press conference.

He also NATO allies would increase military presence to give the message that the alliance will respond to attacks on critical infrastructure.

Ahead of the press conference, Stoltenberg also spoke with US national security advisor Jake Sullivan about the apparent attacks on the Nord Stream pipelines. in the vicinity of NATO members.

NATO: Ukraine to speed up entry