It is a decisive step: Ukrainian President Volodymyr Zelensky 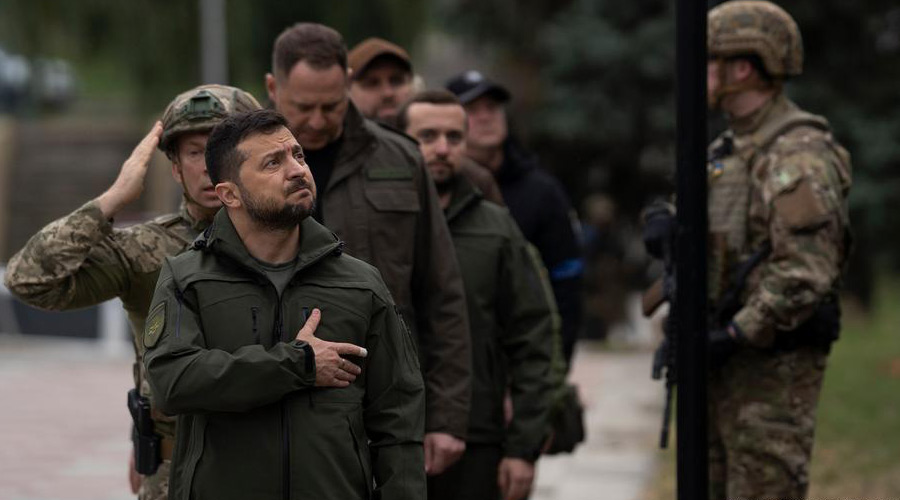 President Volodymyr Zelensky announced a surprise bid for fast-track membership of the NATO military alliance on Friday and ruled out talks with President Vladimir Putin, striking back at Moscow after it said it had annexed four Ukrainian regions.

Zelensky signed the NATO application papers in an online video clearly intended as a forceful rebuttal to the Kremlin after Putin held a ceremony in Moscow to proclaim the four partially occupied regions as annexed Russian land.

”We are taking our decisive step by signing Ukraine's application for accelerated accession to NATO,” Zelensky said in the video on the Telegram app. The video showed Zelensky in combat fatigues announcing the membership bid and signing a document flanked by his prime minister and the speaker of parliament.

The announcement was likely to touch a nerve in Moscow which casts the NATO bloc at home as a hostile military alliance bent on encroaching on Moscow's sphere of influence. Before Russia sent its armed forces into Ukraine in February, Moscow was demanding legally binding guarantees that Ukraine would never be admitted to the US-led transatlantic defence alliance.

Kyiv and the West say Moscow used this as a pretext, among others, to launch a pre-planned military campaign against Ukraine. By applying for fast-track membership of NATO, Zelenskiy appears intent on showing Putin is failing in one of his main war goals - preventing Ukraine joining NATO.

NO TALKS WITH PUTIN

In his video speech, Zelensky accused Russia of rewriting history and redrawing borders“using murder, blackmail, mistreatment and lies,” something he said Kyiv would not allow. He said however that Kyiv remained committed to the idea of co-existence with Russia“on equal, honest, dignified and fair conditions”.

"Clearly, with this Russian president (that) is impossible. He does not know what dignity and honesty are. Therefore, we are ready for a dialogue with Russia, but with another president of Russia,” Zelensky said.

Zelensky said that while Ukraine waits for consensus among NATO member states, it could be protected under draft security guarantees proposed by Kyiv and known as the Kyiv Security Compact, which Moscow has rejected as an idea.

"We understand that this requires the consensus of all the alliance's membersâ€¦ and therefore, while this is happening, we propose the realization of our proposals regarding security guarantees for Ukraine and all of Europe according to the Kyiv Security Compact,” he said.