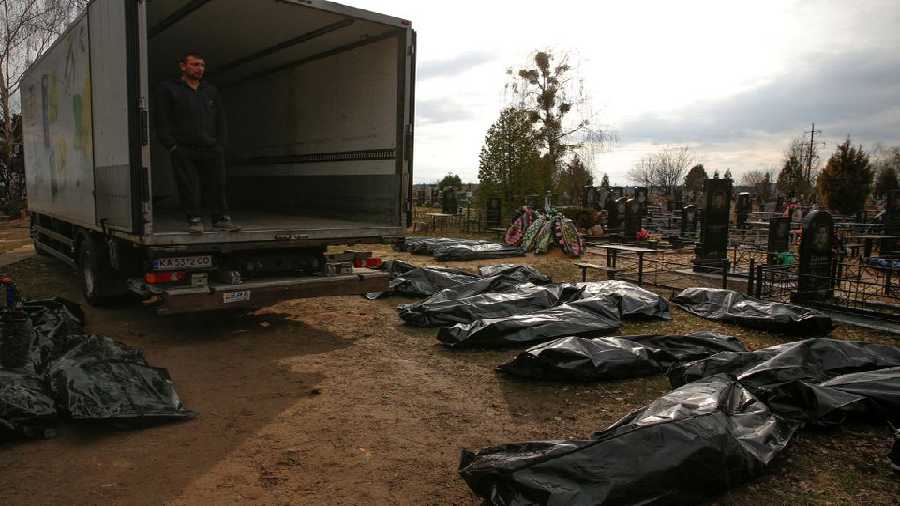 The mayor of the Ukrainian city of Mariupol tells The Associated Press that more than 10,000 civilians have died in the southeastern city since the Russian invasion in February.

Mayor Vadym Boychenko told The Associated Press by telephone Monday that corpses were carpeted through the streets of our city and that the death toll could be more than 20,000.

Zelenskyy made the request in a video address to South Korean lawmakers that came hours after Seoul's Defense Ministry confirmed it had rejected a Ukrainian request for anti-aircraft weapons during a call between the countries' defense ministers last week. The ministry cited the South Korean government's principle of limiting its military help to Ukraine to non-lethal supplies.

If Ukraine is able to receive such weapons, it will not only help us save the lives of our ordinary citizens but also provide Ukraine an opportunity to survive as a nation, and also help prevent other countries from being attacked by Russia, said Zelenskyy, whose comments were dubbed over by a translator during the televised speech.

Zelenskyy thanked South Korea for those efforts but said sanctions alone haven't been enough to meaningfully stop the Russian aggression.

Russia doesn't care how many people die," he said.

Zelensky highlighted Russia's takeover of Mariupol, where he said at least tens of thousands of citizens were likely killed. He briefly stopped his speech to play a graphic video showing buildings hit by rockets, Russian tanks firing as they rolled through destroyed streets and people wailing over dead relatives at overwhelmed hospitals. He said Ukrainian forces haven't been able to enter Mariupol since the start of March and that Russian forces have cut off humanitarian shipments.

This war is far from over, Zelenskyy said. Russia is aiming to end Ukraine's independence and separate the country. It is trying to eliminate the culture and language of the Ukrainian nation.