A Time magazine Person of the Year 2018, she has faced a series of lawsuits that she says amount to intimidation against her and other journalists 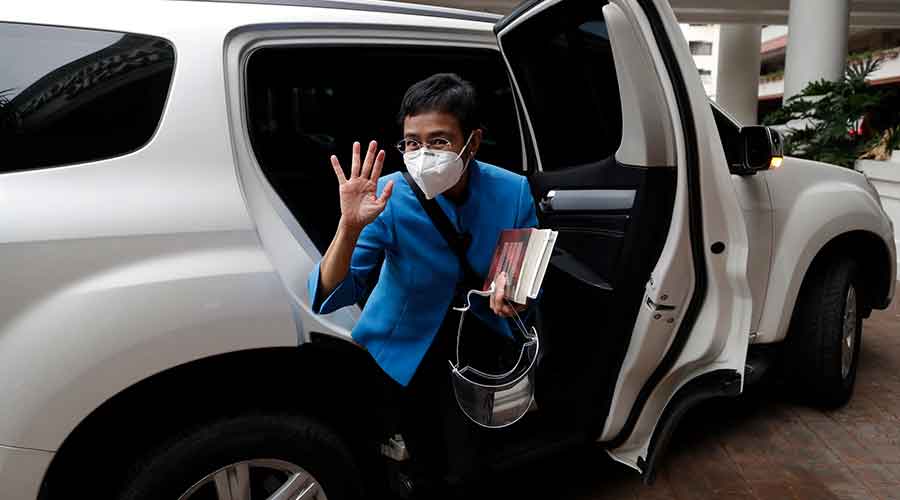 Maria Ressa, who heads a Philippine news website known for its tough scrutiny of President Rodrigo Duterte, refused to enter a plea on Tuesday in a second cyber libel case she faces, saying the charges against her were ludicrous.

Ressa, a Time magazine Person of the Year in 2018, has faced a series of lawsuits that she says amount to intimidation against her and other journalists in a country previously known for upholding press freedom.

“I will take this all the way to the end, and we will win it, because it’s ludicrous,” Ressa, CEO of news site Rappler (www.rappler.com), said outside the court in Manila.
Ressa’s counsel, Theodore Te, said they had agreed to a conditional arraignment while waiting for a decision on a motion to quash the charges.

Businessman Wilfredo Keng had filed a new cyber libel case against Ressa, accusing her of sharing screenshots of a 2002 article linking him to a criminal report. Keng’s lawyers did not talk to reporters after the hearing.

In June, Ressa was convicted of libel over a 2012 article that linked Keng to illegal activities. She faces up to 6 years in jail but is appealing the ruling.
Ressa is also facing several other cases, including tax offences and violation of foreign-ownership rules in media.

She has said the cases are a form of harassment because of her news site’s critical reports on Duterte’s bloody war on drugs, during which more than 5,900 suspected drug dealers and users have been killed in anti-narcotics operations.

Duterte has lambasted media agencies for critical reporting on alleged rights abuses in the campaign.

In July, lawmakers allied with the President blocked the application of media conglomerate ABS-CBN Corp, which has also angered Duterte, for a congressional franchise renewal.  As a result, the country’s biggest broadcaster closed radio stations.