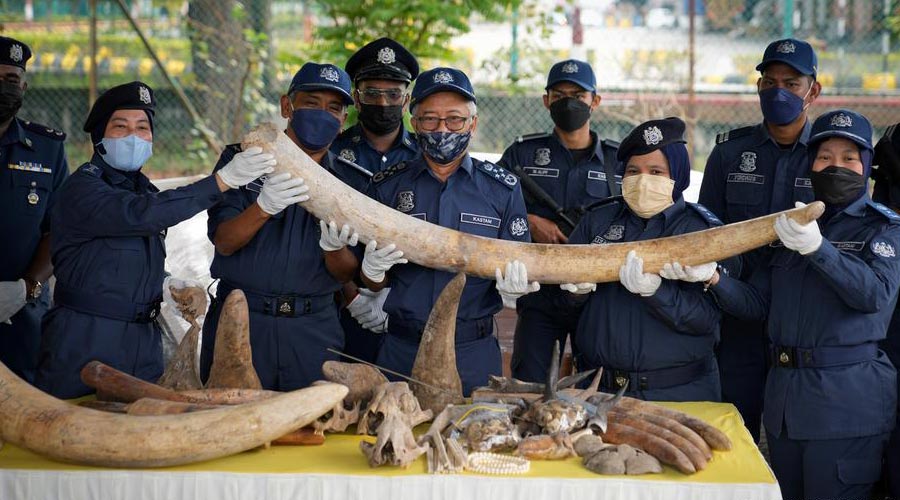 Authorities in Malaysia have seized an estimated $18 million (€17.7 million) worth of African elephant tusks, pangolin scales and other illegal animal parts that were part of a single shipment.

Malaysian customs director-general Zazuli Johan announced on Monday that the seizure of the elephant tusks in particular was the biggest in the country's history.

The haul was discovered on July 10, hidden among timber in a shipping container that had arrived from Africa and contained. Johan added that Malaysia was not the planned final destination for the smuggled animal parts.

Cracking down on a regional issue

"This medley of threatened species in a single seizure is concerning, and it certainly verifies the suspicion that criminals continue to use Malaysian ports to move contraband wildlife," she told the AFP news agency.

Malaysia is one of several Southeast Asian countries identified by conservationists as a hub from which wildlife and animal parts are illegally trafficked to other Asian countries, namely China.

There have been no arrests over the seizure. Investigations into the importer and shipping agent are ongoing.