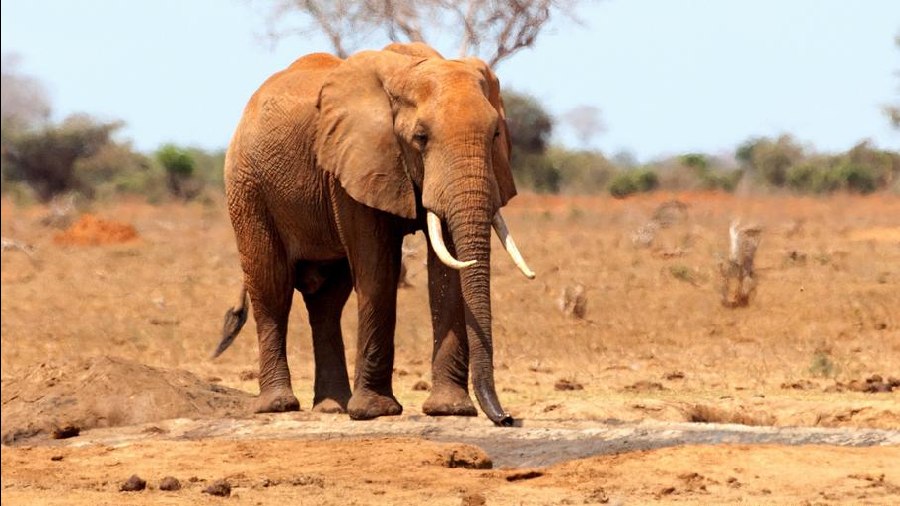 Kenya recorded the deaths of 512 gnus, 381 zebras, 12 giraffes and 51 buffalo in the same period, Malonza added.

Wildlife has taken a hit as much of East Africa endures its worst drought in decades.

Officials say more than 500,000 people in the northern Kenyan region of Turkana are facing starvation, largely due to a lack of rainfall over four seasons.

"The mortalities have arisen because of depletion of food resources as well as water shortages," she added.

According to the Tourism Ministry, Kenya had 36,000 elephants last year.

Home to a large elephant population, northern and southern parts of Kenya have been most affected by the drought.

The charity Save the Elephants reported last month the death of a famed calf that was known for being a twin — a rarity for elephants — during the drought.

Kenya's wildlife is a major tourist attraction. Tourism brings around 10% of the country's economic output and employs over 2 million people.

Scientists say droughts are becoming more severe and longer-lasting as a result of climate change, which is caused by the continued use of fossil fuels.