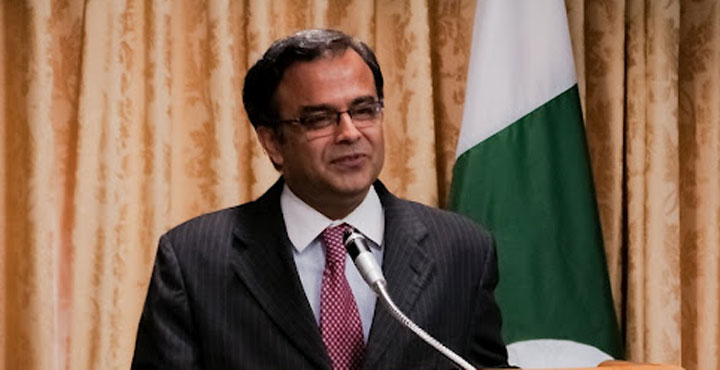 Pakistan’s ambassador to the US raised the possibility on Monday that his country might redeploy troops from the Afghanistan border to the Kashmir frontier, a shift that could complicate American peace talks with the Taliban.

Such a possibility, coming just as Pakistan’s longstanding Kashmir crisis with India has escalated, could add a new element to the peace negotiations, which are said to be in the final stages and would end nearly two decades of American military entanglement in Afghanistan.

Pakistan’s ambassador, Asad Majeed Khan, said in an interview with The New York Times editorial board that the Kashmir and Afghanistan issues were separate and that he was not trying to link them. On the contrary, he said, Pakistan hoped the American talks with the Taliban would succeed and that his country was actively supporting them.

“We are doing all that we can and will continue,” Khan said. “It’s not an either-or situation.”

Nonetheless, Khan said, India’s crackdown in Kashmir “could not have come at a worse time for us”, because the Pakistanis have sought to strengthen military control along the western border with Afghanistan, an area long infiltrated by Taliban militants, as part of the effort to help end the Afghanistan conflict by denying the group a safe haven.

“We have our hands full” on the western border, Khan said, adding, “If the situation escalates on the eastern border, we will have to undertake redeployments.” Right now in Islamabad, he said, “we are not thinking about anything but what is happening on our eastern border”.

The ambassador spoke a week after Prime Minister Narendra Modi abruptly cancelled the limited autonomy that Indian-controlled Kashmir has held since the 1940s.

Modi’s decision was greeted enthusiastically in India and instantly raised tensions with Pakistan. “Pakistan as a punching bag sells in India,” Khan said.

There has been little communication between the two countries over the past week, the ambassador said, and the crisis “unfortunately, I suspect, is going to get worse”.

He declined to specify what such a worsening would look like.

“We are two big countries, with very large militaries, with nuclear capability and a history of conflict, so I would not like to burden your imagination on that one,” he said. “But obviously if things get worse, things get worse.”