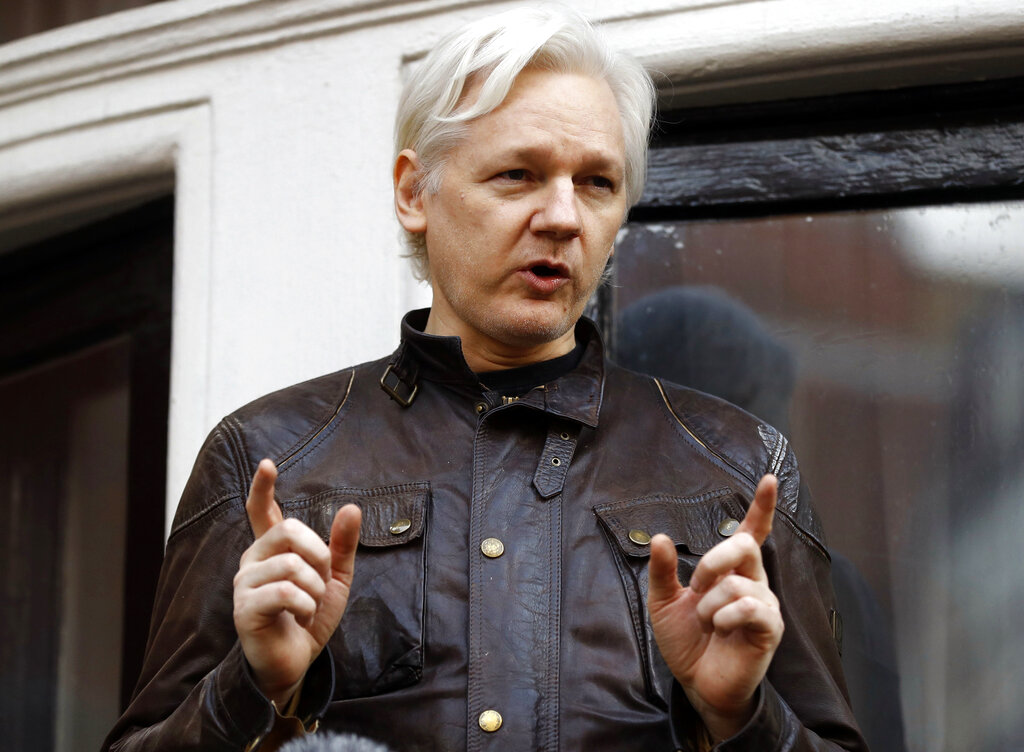 Judge Deborah Taylor said Assange merited near the maximum sentence of one year because of the seriousness of his offence.

She rejected his claim for leniency based on the nearly seven years he spent in the Ecuadorian embassy.

The white-haired Assange stood impassively with his hands clasped while the sentence was read. His supporters in the public gallery chanted 'Shame on you' at the judge as Assange was led away.

Assange sought asylum in the South American country's London embassy in June 2012 to avoid extradition to Sweden, where he was wanted for questioning over rape and sexual assault allegations.

Earlier, his lawyers argued that he had jumped bail because he was a 'desperate man' fearing extradition to the United States.