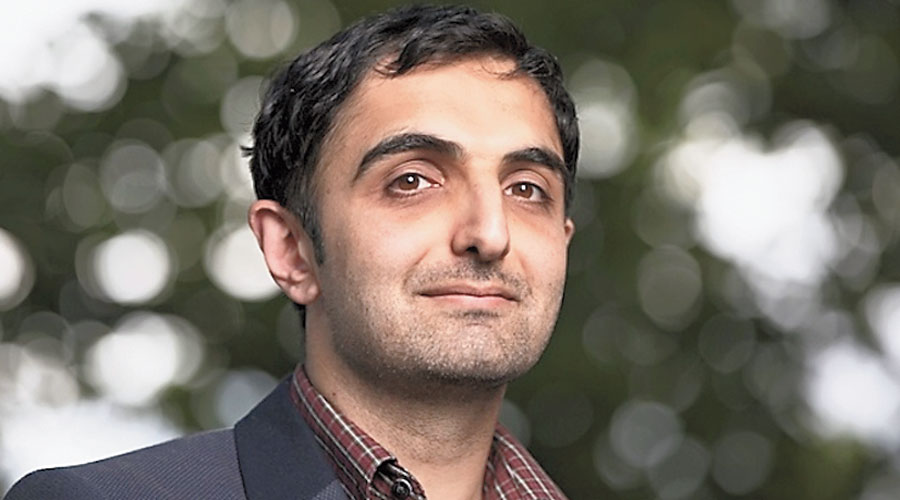 Sunjeev Sahota’s novel, China Room, which is set in Punjab and goes backwards and forwards in time, has made the Booker longlist.

Another novel in the running for Britain’s prestigious £50,000 prize is A Passage North by Sri Lankan Anuk Arudpragasam, in which

the protagonist Krishan travels from Colombo to the war-torn Northern Province for a funeral.

They are up against some heavyweights, including Nobel Laureate Kazuo Ishiguro, whose Klara and the Sun is also on the list.

The shortlist of six books will be announced on September 14 and the 2021 winner on November 3.

In its review of the China Room, the Guardian summed up the novel: “An alienated youth travels to remote rural India, where his great-grandmother lived in 1929, in Sahota’s hushed and subtle third novel.”

It said: “It’s a decade since Sunjeev Sahota published his debut novel, Ours Are the Streets, a bravura piece of imaginative intensity that took the form of a journal written by a would-be suicide bomber, a British Muslim of Pakistani descent, for his wife, a white British woman, and their child. The reader never discovered whether the planned explosion in a Sheffield shopping centre took place; that was peripheral to Sahota’s primary aim of exploring the cultural alienation and isolation that, in this instance, led his protagonist to radicalisation and violence.

“The occasional narrator of Sahota’s third novel, China Room, is also alienated and isolated, though his response is to turn his violent unhappiness inward; at 18, he is in the throes of heroin addiction. His account of a summer spent in rural Punjab is interspersed with the more substantial third-person story of a young woman in 1929, whom we later learn was his great-grandmother.

“The narrator takes up an opportunity to combat his addiction by visiting an uncle in Punjab before he starts at a London university; he goes armed only with whisky and a selection of books “all by or about people who had already taken their leave”.

His reading list — Malcolm Lowry’s Under the Volcano, Natalia Ginzburg’s The Little Virtues, a biography of Leonora Carrington, poetry by Les Murray — is a summary of what troubles and interests him: addiction, family, memory, surrealism, belonging and unbelonging.

Later in the novel he realises that he hopes “reading about life might be a way to overcome it”.

It added: “But it is the story of Mehar, a 16-year-old bride who finds herself living in the ‘china room’ – a cramped, hitherto seldom used building on a farm, its nickname derived from the willow-pattern plates that adorn it, which once formed part of a dowry – that looms largest in the novel. Mehar shares the room with Harbans and Gurleen, whom she has only recently met; the three of them have been married, in a single day, to three brothers.

"Now, they spend their days doing chores and waiting for the matriarch, Mai, to tap one of them on the shoulder, thereby summoning her to a bedroom to meet her husband and, it is hoped, become pregnant with a son. The narrative’s most important driver is that, while each of the brothers knows which wife is “theirs”, the veiled young women do not. Sex takes place in darkness, with only the briefest of verbal exchanges; the rest of the time, segregation between husbands and wives is near total. Until it isn’t. There is a hint of the Shakespearean bed trick about the plot that unfolds, although it is only lightly sketched, as with much else in the novel.”

Jasanoff said: “One thing that unites these books is their power to absorb the reader in an unusual story, and to do so in an artful, distinctive voice. Many of them consider how people grapple with the past — whether personal experiences of grief or dislocation or the historical legacies of enslavement, apartheid, and civil war.”

Many examine intimate relationships placed under stress, and through them meditate on ideas of freedom and obligation, or on what makes us human.”