'Winning or Losing matters, but fighting till last matters the most' 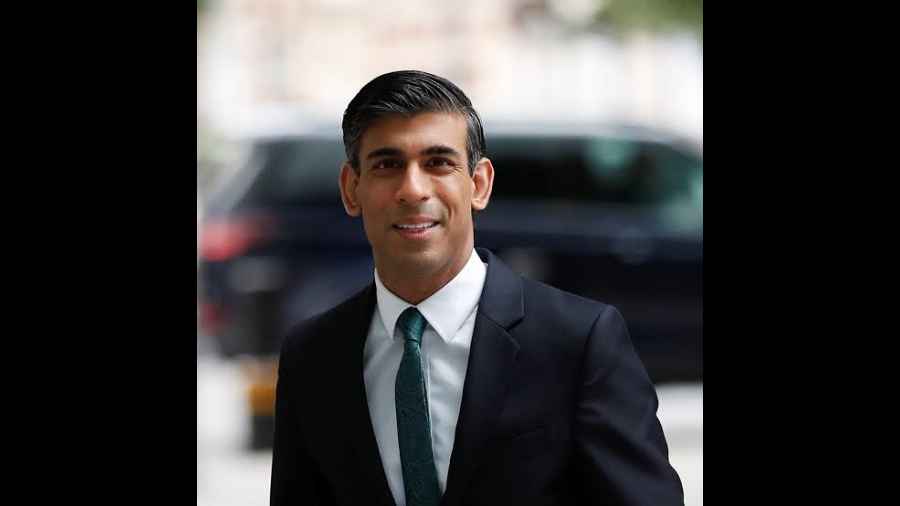 Indian diaspora groups in the UK on Monday reacted to the conclusion of Rishi Sunak's "inspiring" bid to be elected Conservative Party leader and expressed optimism over the new prime minister elect, Liz Truss.

The Foreign Secretary clinched the race over the British Indian former Chancellor but the final result of 57 per cent versus 43 per cent was closer than was forecast in the final weeks of the nearly eight-week-long campaign.

As the UK's first member of Parliament of Indian heritage to get this close to the top job at 10 Downing Street and someone who had declared his commitment to the India-UK diaspora living bridge during the course of the gruelling campaign, Sunak is being hailed as a role model among British Indians.

"As Foreign Secretary, Liz Truss has been a phenomenal champion of the UK-India relationship, pushing through a lot of momentum and we can only hope that under her tenure as Prime Minister this relationship will go from strength to strength. Her focus on India has been one of equals, critical to steering a meaningful partnership that delivers global good," she said, expressing optimism for the bilateral relationship under Boris Johnson's successor.

"Winning or Losing matters, but fighting till last matters the most," the group said.

"Rishi Sunak, you inspired all of us and taught us to see big dreams. We respect your hard work and you are always ready to help, and British Indians are always #Ready4Rishi," it said.

"The growing UK-India partnership is clearly reflected in the increasing number of visas being granted to both students and professionals," said INSA UK President Amit Tiwari.

"We hope Liz Truss will continue to strengthen the UK-India relationship, and that her government will improve facilities for Indian students, particularly in relation to student housing," said Tiwari, as he flagged an accommodation crisis and visa bottlenecks as the key concerns among Indian students in the UK.

According to recent Home Office data, Indians overtook Chinese as the largest nationality being issued sponsored study visas with an 89 per cent increase from the previous year. Indian nationals also continue to be the top nationality granted skilled worker visas to the UK, accounting for 46 per cent of all skilled work visas granted globally.

Truss is on the record pledging attention to the visa system to continue to attract the "best and brightest" from India. City of London Policy Chair Chris Hayward, who recently visited India to promote ties with the financial hub of London, expressed confidence that there will be a consistent focus on the issue.

"The next Conservative Prime Minister will continue to strengthen our ties with India. It is an incredibly important market to the UK, we would urge that we continue to build on the legacy," he said.

"As a British national who is living and working in India as a co-founder of an asset management company, I hope that the election contest result today at least gives certainty to UK leadership priorities," notes Richard Pattle, CEO of True Beacon.

"The new British Prime Minister faces enormous challenges at home and overseas, but cannot afford to let any momentum slip with the India-UK 2030 roadmap. In the short term, I hope Liz Truss will give real focus and commitment to signing the India-UK free trade agreement (FTA) over the next two months," he added.

In a joint outcome statement on the ongoing FTA negotiations last month, the UK's Department for International Trade (DIT) confirmed the conclusion of the fifth round of talks involving detailed draft treaty text discussion over 85 separate sessions and 15 policy areas.

Sunak: Time to rally behind Truss