Indian-Americans shine as 4 elected to US House 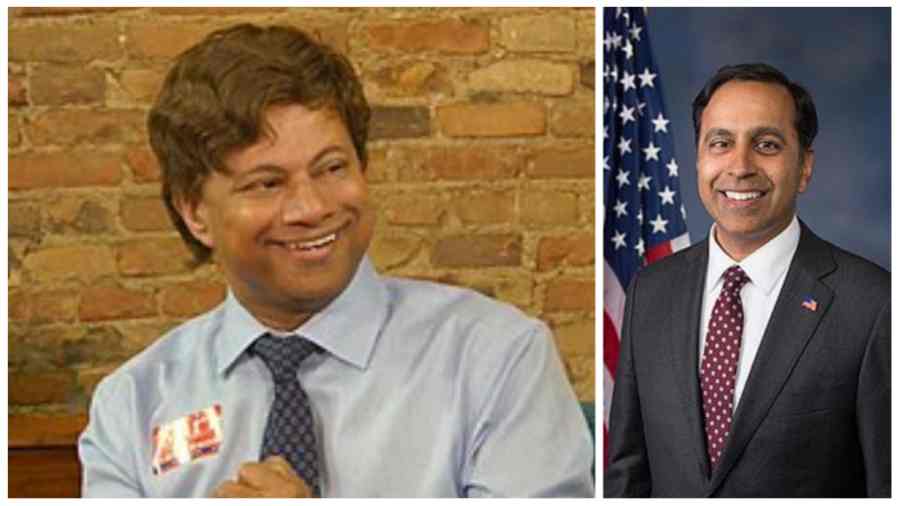 Four Indian-American politicians from the ruling Democratic Party, including Raja Krishnamoorthi, Ro Khanna and Pramila Jayapal, were elected to the US House of Representatives on Wednesday and many others won across the country to state legislatures in the highly polarised midterm elections.

Thanedar, 67, currently represents the third district in the Michigan House.

In the eighth Congressional district of Illinois, Raja Krishnamoorthi, 49, was re-elected for the fourth consecutive term by a comfortable margin. He defeated his Republican opponent Chris Dargis.

Chennai-born Congresswoman Pramila Jayapal, the only Indian-American woman lawmaker in the House of Representatives, defeated her Republican rival, Cliff Moon in the 7th Congressional District of Washington state. Khanna, Krishnamoorthi, and Jayapal were seeking their fourth consecutive terms.

Ami Bera, 57, the seniormost among all Indian-Americ of Representatives from the 7th Congressional District of California.

The result is yet to be announced.