The incident occurred near Allahwala Chowk of Wazirabad town in Punjab 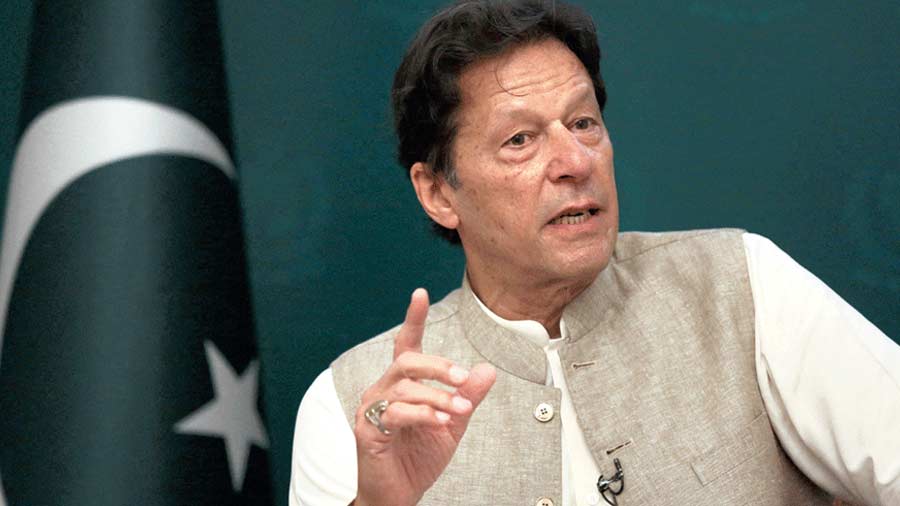 The man who attacked Imran Khan on Thursday during a political march in Punjab province said he tried to assassinate the former Pakistan prime minister because "he was misleading the public" and could not tolerate it.

Imran, 70, was injured when the unidentified gunman opened fire on the container-mounted-truck carrying him during his protest march, but he was out of danger in what his party claimed was an "assassination attempt.

"The incident occurred near Allahwala Chowk of Wazirabad town in Punjab when Khan, a cricketer-turned-politician, was leading the long march to Islamabad demanding early elections.

The gunman was immediately nabbed by security officers and workers of Khan's Pakistan Tehreek-e-Insaf (PTI) party.The clip of his confessional statement, which is now being circulated on local media, shows a man in his late twenties, sporting a dishevelled look.

"He (Imran) was misleading the people and I could not bear watching it. So I attempted to kill him," the suspect said in a video statement.

"I tried my best to kill him. I wanted to kill him (Khan) only and no one else," he confessed.The gunman admitted that he has was not affiliated to any political, religious or terror outfits.

He asserted that the idea to assassinate the PTI chief germinated after he announced the mega rally on October 28.

"I decided to kill him today. This idea came to me when Khan started his long march. I am alone and nobody is with me. I came on my motorbike and I parked the bike in the shop of my uncle," he explained."I decided to kill him because when a call for prayer was given, songs were being played (from the container)," he added.

According to eyewitnesses, the gunman fired on the container-mounted truck carrying Imran from a close range.

They said one person has been arrested from the spot and police took him to an unknown location.

Video footage showed a PTI worker tackling the attacker from behind and trying to grab the gun of the attacker.

Ehtisam, who tackled the attacker, told the media that he forced the gun of the attacker downward and stopped further mayhem.

"If something tragic had happened to Khan in our area, then we all would have been ashamed," he said, adding that he was sorry that he could not stop the gunman from firing the first shot.

The shooter in custody of Punjab police saying: I wanted to kill Imran Khan because he is misleading the people. Also says, "they were playing music while it was time for azaan." pic.twitter.com/Tp143qbfja

ARY News, which is considered as a mouthpiece of Imran's party, reported that he was out of danger.

Imran, who was ousted from power in April after losing a no-confidence vote in his leadership, has talked about a 'threat letter' from the US and claimed that it was part of a foreign conspiracy to remove him as he was not acceptable for following an independent foreign policy.

The US has bluntly rejected the allegations.

He has been demanding early elections and he is leading the long march towards Islamabad to force his demands.

The term of the National Assembly will end in August 2023 and fresh elections should be held within 60 days.