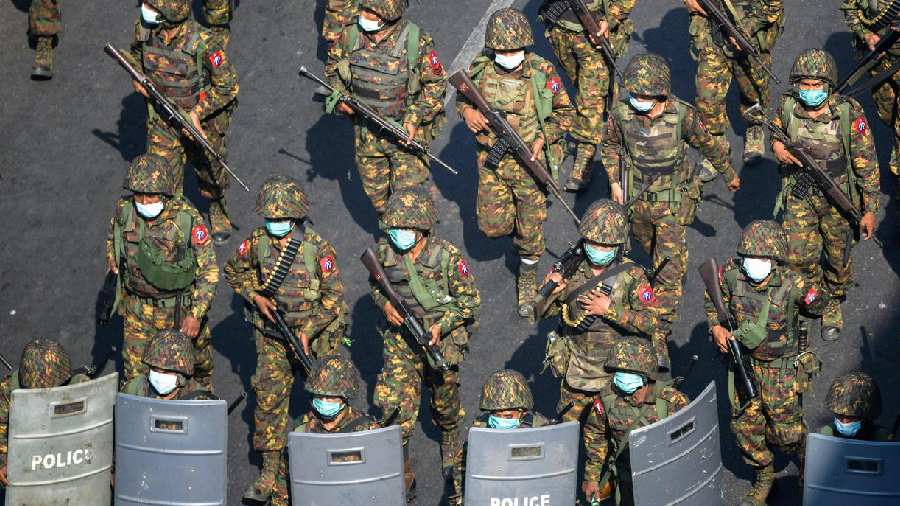 A human rights group and 16 people from Myanmar have filed a criminal complaint against Myanmar's military accusing it of genocide, war crimes and crimes against humanity.

Fortify Rights is among the complainants seeking punishment for the crimes they allege were perpetrated by the country's army after 2021 when the government was overthrown in a military coup and during a crackdown on Rohingya Muslims in 2017.

BREAKING: @FortifyRights and 16 complainants from Myanmar filed a criminal complaint in Germany under the principle of universal jurisdiction against senior Myanmar military generals and others for atrocity crimes. Read more here: https://t.co/JHLIO0syDT pic.twitter.com/yf4QD9U7Ta

What do we know about the complaint?

According to Fortify Rights, the campaign group which is leading the legal case, a 215 pages-long complaint letter draws on more than 1,000 interviews which were conducted by the rights group since 2013 and on Myanmar army's leaked records.

In the letter, complainants have alleged that Myanmar's military "systematically killed, raped, tortured, imprisoned, disappeared, persecuted, and committed other acts that amount to genocide, crimes against humanity, and war crimes," Fortify Rights said in a statement.

The case has been lodged with Germany's Federal Public Prosecutor General under universal jurisdiction, which allows the prosecution of grave crimes irrespective of where the crime was perpetrated.

“We trust in Germany to open an investigation and seek justice for genocide, crimes against humanity, and war crimes committed by the military and its leaders in Myanmar,” said Nickey Diamond, member of the board at Fortify Rights.

The federal prosecutor's office in Germany has declined to comment on the complaint. Before the case can go to court, the office will have to decide on filing an indictment.

A probe concerning the actions of Myanmar generals is already underway at the International Court of Justice, while a genocide case is before the the International Criminal Court. Activists have also filed cases in national courts of Argentina and Turkey.