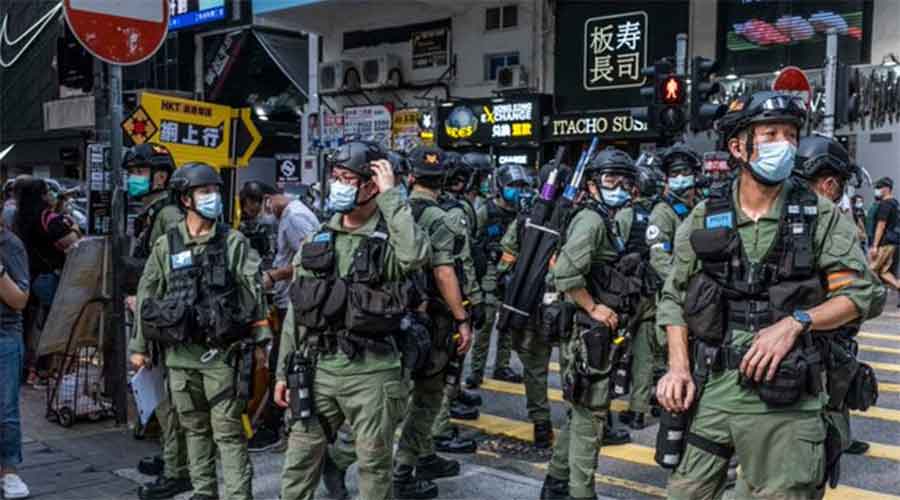 Police fired rounds of pepper balls at protesters in Hong Kong on Sunday as hundreds took to the streets to demonstrate against the postponement of legislative elections and a new national security law imposed by China.

Hong Kong leader Carrie Lam postponed the September 6 election for seats in the Asian financial hub’s Legislative Council for a year in July because of a spike in coronavirus cases.

The move dealt a blow to the pro-democracy Opposition who had hoped to win a historic majority in the Council, where only half the seats are directly elected and the other half are appointed members who mostly support Beijing.

“Today is supposedly our voting day, we need to resist to fight back for our vote,” said a 70-year-old woman surnamed Wong as she marched with other demonstrators. Thousands of police were stationed around the bustling Kowloon peninsula as marchers waved placards and chanted popular anti-government slogans such as “liberate Hong Kong”. The police said they arrested at least 90 people, mainly for illegal gatherings.

Several well-known activists were arrested during the demonstration including Figo Chan, the vice-convenor of the Civil Human Rights Front, and former legislator Leung Kwok-hung.