Honduran woman in migrant caravan gives birth in US 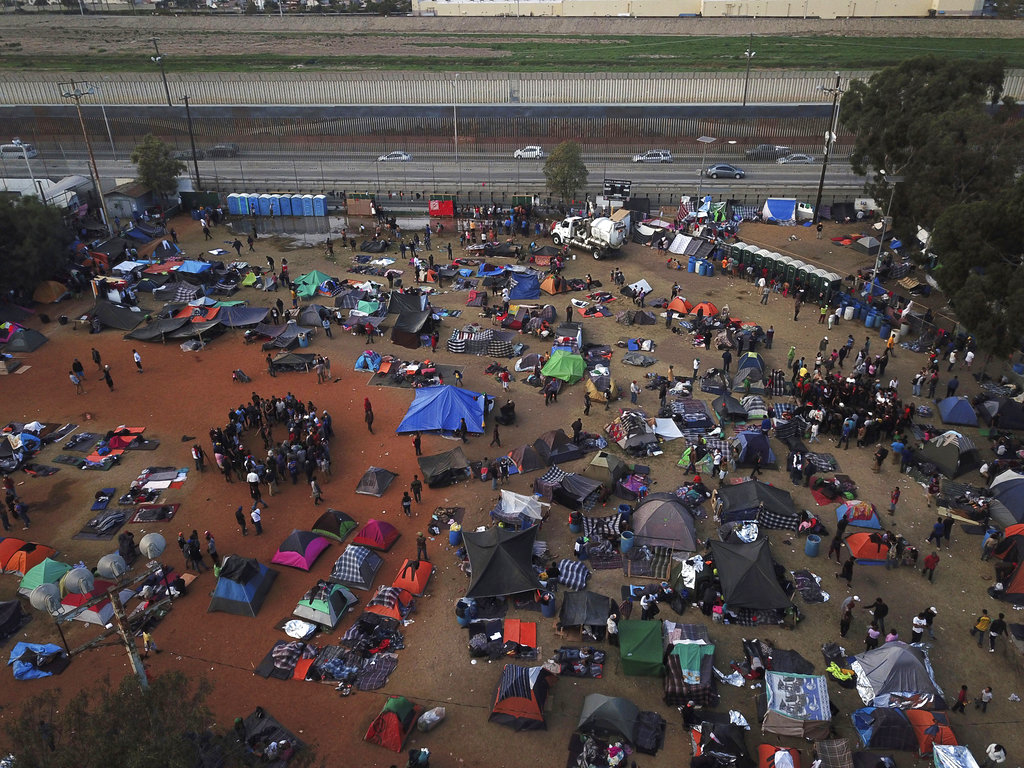 A Honduran woman affiliated with a caravan of Central American migrants gave birth on US soil shortly after entering the country illegally amid growing frustration about a bottleneck to claim asylum at official border crossings.

Border Patrol agents arrested the woman on November 26 after she entered the country illegally near Imperial Beach, California, across the border from Tijuana, Mexico, Customs and Border Protection said on Wednesday. She was arrested with her 20-year-old husband and two-year-old son.

The woman, who was eight months pregnant, was taken to a hospital after complaining about abdominal plan the day after her arrest, Customs and Border Protection said.

The family was released from custody on Sunday, pending the outcomes of their immigration cases.

Univision reported that the family is seeking asylum and hoped to join family in Columbus, Ohio, while their cases are pending.

Maryury Serrano Hernandez, 19, told the network giving birth in the US was a 'big reward' for the family's grueling journey.

US inspectors at the main border crossing in San Diego are processing up to about 100 asylum claims day, leaving thousands of migrants waiting in Tijuana. Some are crossing illegally and avoiding the wait.

President Donald Trump said in October that he could end birthright citizenship with a swipe of his pen. Most scholars on the left and right share the view that it would take a constitutional amendment to deny automatic citizenship to children born in the US to parents who are in the country illegally.

Scores of pregnant women traveled with the caravan through Mexico before reaching the US border. In Pijijiapan in the southern state of Chiapas, Dr. Jesus Miravete, who volunteered his services in the town's plaza, said he treated a few dozen pregnant women, including 16 for dehydration after being on the road for weeks.

In October, a Guatemalan woman gave birth to the first known caravan baby at a hospital in Juchitan. Mexico's governmental National Human Rights Commission said it had arranged for medical attention for the woman, who was 38 weeks pregnant, and the girl was healthy.