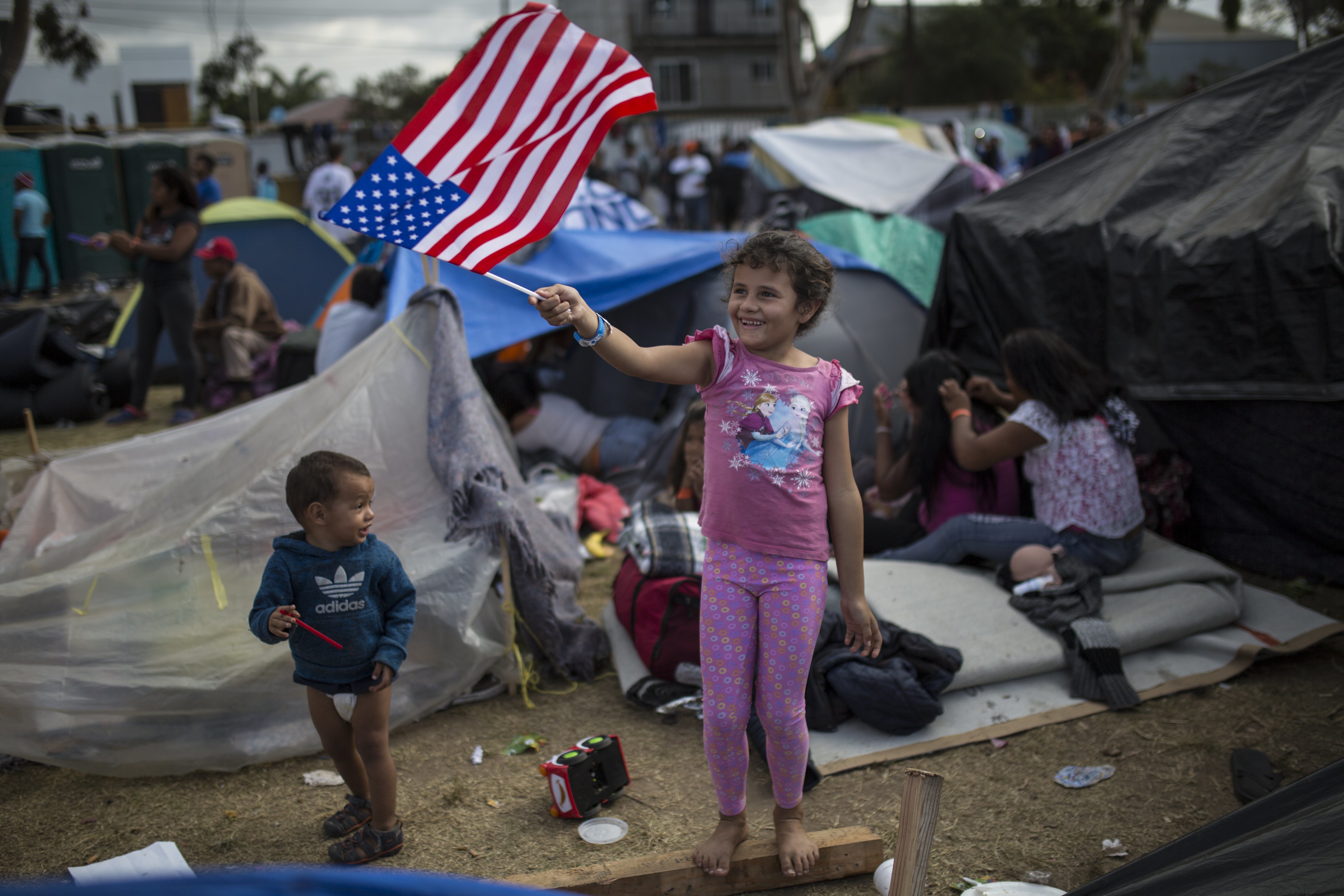 Mexico's incoming government denied a report Saturday that it plans to allow asylum-seekers to wait in the country while their claims move through U.S. immigration courts, one of several options the Trump administration has been pursuing in negotiations for months.

The deal was seen as a way to dissuade thousands of Central American migrants from seeking asylum in the U.S., a process that can take years. In effect, Mexican border towns are already acting as waiting rooms for migrants hoping to start new lives in the U.S. due to bottlenecks at the border.

'There is no agreement of any sort between the incoming Mexican government and the U.S. government,' future Interior Minister Olga Sanchez said in a statement.

Hours earlier, The Washington Post quoted her as saying that the incoming administration of Andres Manuel Lopez Obrador had agreed to allow migrants to stay in Mexico as a 'short-term solution' while the U.S. considered their applications for asylum. Lopez Obrador will take office on Dec. 1.

The statement shared with The Associated Press said the future government's principal concern related to the migrants is their well-being while in Mexico.

The Washington Post reported Saturday that the administration of U.S. President Donald Trump has won support from the Mexican president-elect's team for a plan dubbed 'Remain in Mexico.'

The newspaper also quoted Sanchez as saying: 'For now, we have agreed to this policy of Remain in Mexico.'

Sanchez did not explain in the statement why The Washington Post had quoted her as saying there had been agreement.

White House spokesman Hogan Gidley said, 'President Trump has developed a strong relationship with the incoming (Lopez) Obrador Administration, and we look forward to working with them on a wide range of issues.'

Stephanie Leutert, director of the Mexico Security Initiative at the University of Texas at Austin, described the Remain in Mexico plan as a strategy to take away the ability of migrants to live and work in the U.S. while cases are processed. 'The hope is that asylum seekers will not want to live in (Mexico) for months/years and won't come,' Leutert said via Twitter.

U.S. officials have said for months that they were working with Mexico to find solutions for what they have called a border crisis. One variation, called 'Safe Third,' would have denied asylum claims on the grounds that asylum seekers had found haven in Mexico. President Enrique Pena Nieto offered thousands of Central Americans asylum on Oct. 26 if they agreed to remain in southern Mexico. Close to 3,000 migrants took Mexico up on the offer.

Sanchez said Saturday that the next government does not plan for Mexico to become a 'Safe Third' country.

Approximately 5,000 Central American migrants have arrived in recent days to Tijuana, just south of California, after making their way through Mexico via caravan. But agents at the San Diego port of entry process fewer than 100 claims per day.

Tijuana Mayor Juan Manuel Gastelum on Friday declared a humanitarian crisis in his border city of 1.6 million, which he says is struggling to accommodate the influx. Most of the migrants are camped inside a sports complex, where they face long wait times for food and bathrooms. Hundreds of Tijuana residents have protested their arrival, complaining that recent caravans forced their way into Mexico from Guatemala.

Trump threatened Thursday to shut down the border crossing entirely if his administration determines that Mexico has lost 'control' of the situation in Tijuana.

Julieta Vences, a congresswoman with Lopez Obrador's Morena party who is also president of Mexico's congressional migrant affairs commission, told the AP that incoming Foreign Minister Marcelo Ebrard has been discussing with U.S. officials how to handle a deluge of asylum claims at the border.

'They're going to have to open the borders (for the migrants) to put in the request,' Vences said. 'They will also give us dates, on what terms they will receive the (asylum) requests and in the case that they are not beneficiaries of this status, they will have to return here,' Vences said.

She said Mexico needs to examine how to accommodate the migrants without angering locals.

'When they come back, we need to see how ... we can integrate them into an economic activity so that they can develop and not generate conflict with our own communities.'