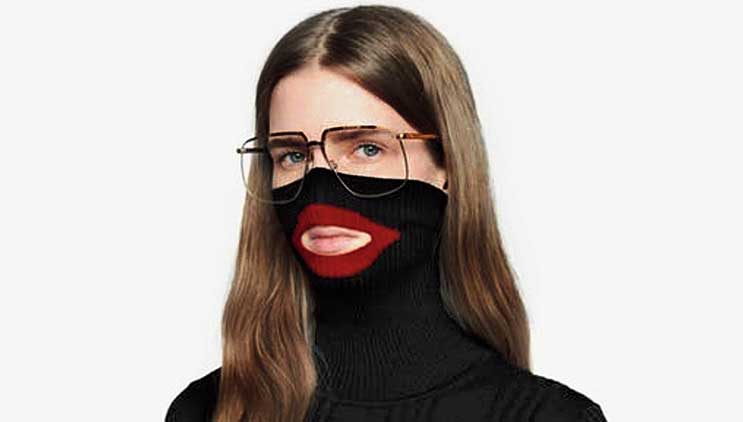 Less than a week into Black History Month, in two episodes of retail déjà vu, Adidas and Gucci have apologised and pulled products criticised as racist.

The offending Gucci item was an $890 black-knit women’s balaclava that could be pulled up over the lower half of the wearer’s face. The sweater included bright red lips ringing an opening for the mouth, a detail widely denounced on social media as evoking blackface imagery.

The sweater was part of a line of balaclava-style ski masks and knits in various color combinations included in Gucci’s autumn-winter 2018 collection. In Adidas’s case, the company included an almost entirely white pair of shoes in a line of clothing and sneakers inspired by the Harlem Renaissance movement and meant to commemorate Black History Month.

One Twitter user labelled the product “a swing and a miss.” Criticism of the designs spread quickly on Twitter, prompting the companies to act amid separate firestorms over the fashion industry’s pattern of racially offensive choices.

Gucci released a statement on Twitter late on Wednesday, saying it “deeply apologises for the offence caused” by the balaclava’s design. The company said it had removed an image of the sweater from its e-commerce site and was withdrawing the item from all of its physical stores.

“We consider diversity to be a fundamental value to be fully upheld, respected, and at the forefront of every decision we make,” the company said in the statement. “We are fully committed to increasing diversity throughout our organisation and turning this incident into a powerful learning moment for the Gucci team and beyond.”

Earlier in the day, Adidas, one of the largest sportswear companies in the world, said it would pull the shoes at issue, part of the “Ultraboost Uncaged” line, from stores.

The company said in a statement that the $180 sneakers “did not reflect the spirit or philosophy of how Adidas believes we should recognise and honour Black History Month”.

Several clothing makers have come under fire for similar missteps.