Scores of demonstrators have protested against cop violence after a 16-year-old was fatally shot, victim said to have been potentially suicidal 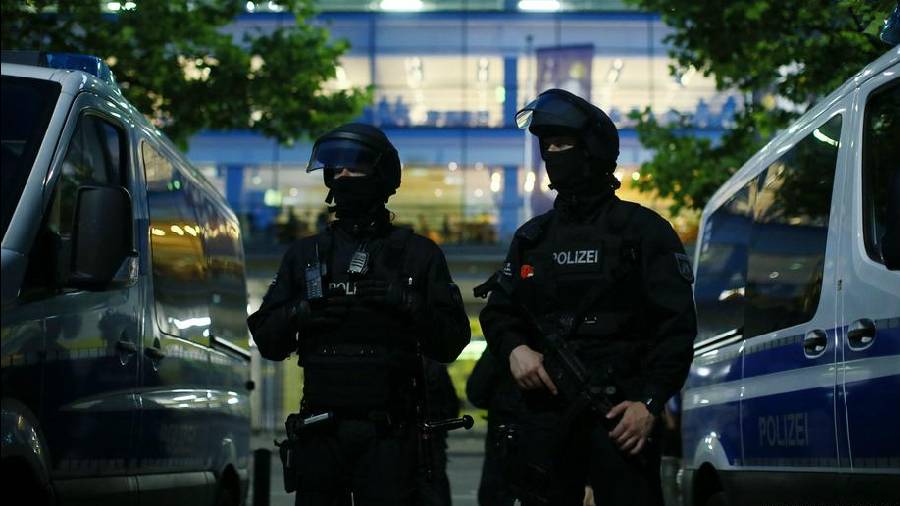 Up to 200 mostly young demonstrators held a rally in the western German city of Dortmund on Tuesday to protest against police violence after a 16-year-old Black youth died of wounds inflicted by an officer's submachine gun.

Police said that the protest, which had been officially registered, was peaceful.

Charges were, however, filed against participants in a later unregistered demonstration in front of a police station in the city.

The young man, said by state prosecutors to have be an unaccompanied refugee minor from Senegal, was shot after police attended a call for assistance by a youth welfare facility. A staff member at the facility made the emergency call, saying she had seen the youth with a knife.

Eleven policemen arrived at the scene. According to the initial police account, officers first used stun guns and tear gas to try to disarm the youth as he attacked, before one 29-year-old officer fired shots. The youth was hit five times and six shell cases were found, suggesting one round missed.

The youth later died of his injuries in hospital after an emergency operation.

"The police officer who fired the shots is currently under investigation as is usual in such cases," said state prosecutor Carsten Dombert, who is in charge of the probe. He said that the investigation would take several weeks.

He said that the youth was believed to have possibly been suicidal and had received psychiatric treatment in the past. "It was still unclear what he intended to do with the knife," Dombert said.

The investigation has been put in the hands of the police force in the nearby city of Recklinghausen for reasons of neutrality, with Dortmund's police not permitted to investigate their colleagues for wrongdoing.

Police shootings are rare in Germany compared with many other countries, particularly the US. One representative study showed that in 2020, German police used firearms 159 times against people, of which 49 were warning shots. Fifteen people died as a result of shots fired by police and 41 were injured.