‘If we don’t work, there will be disease’ 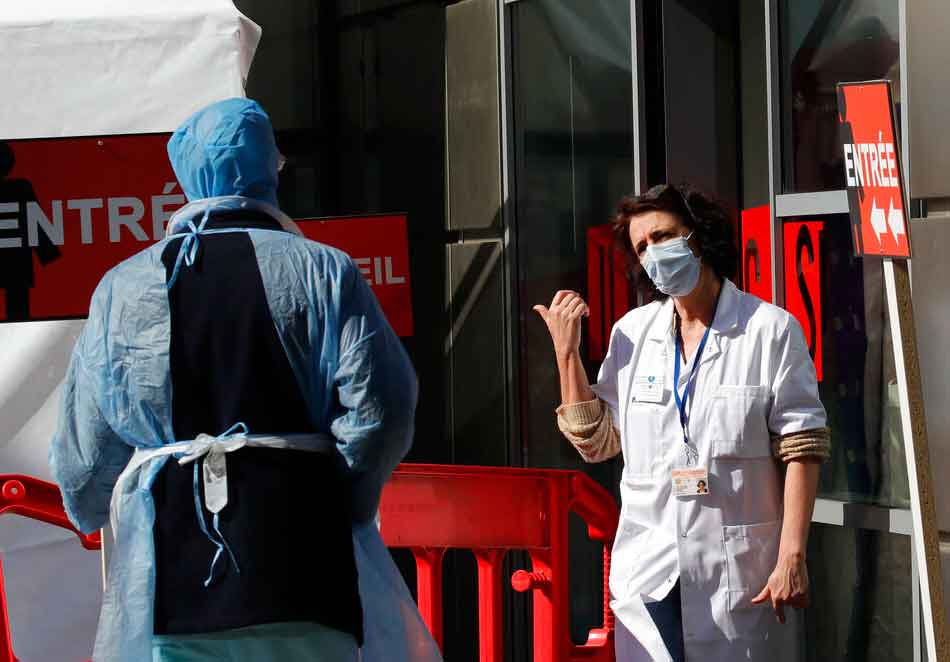 While most Parisians are indoors complying with a coronavirus lockdown now in its third week, Geffray Serbus and his fellow garbage collectors are out in their truck helping to keep the French capital running.

Though Serbus, 30, and his crew wear masks and extra gloves to guard against the virus, they are well aware of the risks — several colleagues from the garbage collection depot have shown symptoms.

“But there you go, we have to work. If we don't, (then there will be) disease,” said Serbus, out on his truck before dawn on Monday in Paris’s 17th district. “So we have to do this.”

French health authorities reported 418 new deaths from coronavirus on Monday, taking the total to 3,024 or an increase of 16 per cent.

The government has imposed strict movement restrictions, ordering all but essential workers to stay at home.

The staff who operate the capital’s 130 garbage trucks are considered essential workers.

As a concession to the virus, they have been put on reduced hours, working two to three days per week instead of five to six. They have been given protective gear, and the trucks are disinfected daily, according to the Paris mayor’s office.

Refuse truck driver Marc Delsalle, 54, said the virus and risks of infection weigh on workers as they go about their rounds.

“There’s a bit less joking around between work mates,” he said. “You can feel that there’s a certain tension.”

But there are compensations too. Because restaurants are shut and tourists have departed, there is much less rubbish on the kerbside to collect.

Before the lockdown, crews would pick up 3,000 tonnes of trash daily.

Now that figure is down to 2,100 tonnes, the mayor’s office said.

And if before the outbreak most residents paid little attention to the refuse collectors, the virus has prompted Parisians to show their appreciation. Workers say they are finding notes attached to the household refuse bins with the word “Merci” written on them.