It comes as countries around world face huge economic difficulties and inflationary pressures, which UK claims is due to 'illegal invasion' of Ukraine 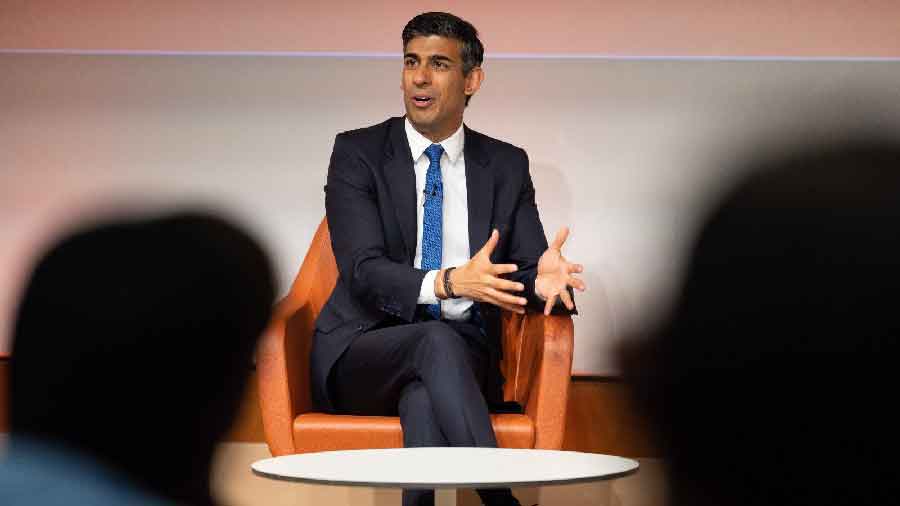 British Prime Minister Rishi Sunak called for coordinated global action to address international economic instability and fight back against actions of a "rogue state" like Russia as he landed in Indonesia on Monday for the G20 Summit.

Sunak warned that Russia is trying to "asphyxiate the global economy" as he laid out a five-point plan of action for the Group of 20 of the world's largest economies which are meeting in Bali this week. It comes as countries around the world face huge economic difficulties and inflationary pressures, which the UK stresses are caused or exacerbated by Russian President Vladimir Putin's "illegal invasion" of Ukraine.

"At the G20, leaders need to step up to fix the weaknesses in the international economic system which Putin has exploited for years," Sunak said in a statement on Monday.

"Russia is trying to asphyxiate the global economy. We must join together to stop them in their tracks and restore economic stability," he writes in an article in The Daily Telegraph.

"Global food prices have been hit by Vladimir Putin's attempts to choke off Ukrainian grain exports two-thirds of which go to developing countries. Energy bills have skyrocketed thanks to Russia turning off the gas taps... We will not let our economic future be held hostage by the actions of a rogue state and nor will our allies. Instead, we will stand with Ukraine and we will work to deliver on each element of this five-point plan, promoting free markets and a global economy that is stronger, more stable and more resilient, and that delivers a faster return to growth," he said.

His plan for leaders to address the current global instability covers changes to the global energy market, international food supply and the world financial system. Direct government support to where it's most needed; ending the "weaponisation" of food production and distribution with immediate action to support the global food trade to reduce the cost of living; reducing energy dependence on Russia; opening up global trade by advancing bilateral free trade agreements and through reform of the World Trade Organisation (WTO); and providing honest, reliable finance to help developing countries grow sustainably are among the five action points to be tabled by the UK.

"There is no doubt that the war in Ukraine is fuelling the challenges facing countries across the world. That's why as I hold my first meetings with Joe Biden, the US President, and other leaders during the summit, we will be clear that discussions about how we can continue to back Ukraine are inseparable from those on how we can strengthen our collective economic security," said Sunak, who is also expected to meet Prime Minister Narendra Modi at the summit in Bali.

'US, China need to avoid conflict'