Advertisement
Home / World / ‘First a Bengali, then a Muslim’

‘First a Bengali, then a Muslim’

Can anyone else make such a statement? 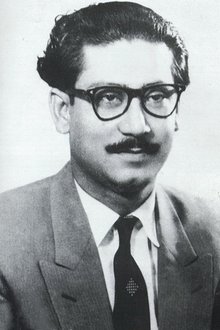 Bangabandhu Sheikh Mujibur Rahman, whose birth centenary is now being observed, left behind a multi-layered political legacy. Muntassir Mamoon, a public intellectual in Bangladesh and a professor of history, focuses on the legacy in a dialogue with Subhoranjan Dasgupta, professor of human science:

We are now celebrating Bangabandhu’s birth centenary, though in a subdued manner because of the coronavirus outbreak. It’s time now to evaluate his legacy. How would you describe the legacy of Bangabandhu?

Bangabandhu’s political activism and the start of his political thinking go back 70 years from now. One could well ask whether these have lost their relevance and importance in a thoroughly changed world, driven by technology. The answer is: they are highly relevant and extremely significant not only for present-day Bangladesh but the whole world. I enumerate below the main aspects of his legacy:

(i) He always spoke in defence of the working class and the exploited sections. He articulated his socialist ideas after visiting China in 1952 and emphasised his socialist vision till his death. In fact, the formation of Bakshal in 1975 —a socio-political movement — aspired to change the structure of society, a change that would have brought the working class to the forefront.

One should note that he fought for the total liberation of Bangladesh, that is, not merely independence. By liberation, he implied absolute “mukti” of the exploited sections. No doubt this legacy is crucial for a world still plagued by imperialism and neo-colonialism.

(ii) He wanted to construct his socialist state not with the help of a violent revolution but through steady and powerful reforms. He was not a communist but a die-hard socialist. He said explicitly, “The middlemen and capitalists are the prime exploiters. We shall construct an exploitation-free society by embracing socialism.”

What he earnestly desired was a thoroughbred welfare society which one could equate with the dream of “Sonar Bangla” or “Golden Bengal”.

(iii) He was a relentless votary of enlightened nationalism — Bengali nationalism — though he was resolutely against the evil of jingoism and ultra-nationalism. In this context he adhered to what Tagore had said in his classic text, Nationalism. He (Mujib) had declared, “Our nationalism is Left in nature and progressive.”

(iv) He was clear and candid on the relationship between politics and religion. Like Netaji Subhas Chandra Bose, he said religion is an absolutely private affair which should have no place in either ideology or the practice of politics. When we observe now the dangerous resurgence of religion in the politics of India, Sri Lanka and Myanmar we realise how bold and enlightened he was and also the searing relevance of his mission and legacy.

(v) Though he was the unquestioned leader of a Muslim-majority country, his foreign policy was strictly non-aligned. He was against the division of the world by two superpowers and did his best to promote non-aligned politics. He would have certainly been against the American hegemony had he been living.

Scholars and politicians claim that Bangabandhu had dreamt of a sovereign, secular, independent Bangladesh not only in the sixties of the last century but long before. When did he dream for the first time and how was this dream of Bengali nationalism consolidated?

With the help of intensive research, we have found out that he dreamt of a sovereign, secular and socialist Bangladesh right from the fifties of the last century. He wanted to fulfil this basic aspiration step by step. The first step in this direction was the historic Language Movement of 1952. He reiterated this truth to the famous writer and thinker Annadashankar Roy.

Bangabandhu cherished above all his Bengali identity. Recall his electrifying declaration, “First I am a human being, then a Bengali, and after that a Muslim.” Has Bangladesh followed the essence of this declaration or are there still elements in the country who swear by divisive religion?

Just dwell for a moment on the far-reaching importance of this statement. Is any other political leader of South Asia, whether Aung San Suu Kyi or Narendra Modi, prepared to make such a statement? In all probability, they will classify themselves first as Buddhist and Hindu and then tie this up with nationalism. But Sheikh Mujib was and is distinct because he scissored any possible tie-up between religion and nationalism. Only a political leader who is hundred per cent honest and firmly rooted in uncompromising politics could voice this declaration.

Could you throw light on Bangabandhu’s admiration for Netaji and the Azad Hind Fauj and also Gandhi’s influence on him, especially in the context of the Non-Cooperation Movement?

Bangabandhu admired both Netaji and Gandhi. It would not be an exaggeration to state that Netaji and his Azad Hind Fauj almost hypnotised him. Netaji was his inspiration. No other politician from Bangladesh had or has the courage and conviction that Bangabandhu had to underline this brave allegiance.

At the same time he admired the hugely original political movements of Gandhi, especially his Non-Cooperation Movement. He used Gandhi’s peaceful and non-violent method to oppose and challenge the Pakistani regime.

It’s the time now to hold high the principles of secularism and nationalism and dedicate oneself to the construction of a welfare society in Bangladesh. Sheikh Hasina has in her latest article on her father reminded one and all of that particular dream of Bangabandhu, which envisaged that none would go hungry or without shelter....

Bangabandhu’s era has passed. After assassinating him, pro-Pakistani rulers captured power and ruled Bangladesh for three decades. They tried to brainwash the young generation. They are still trying to weave conspiracies and highlight sectarian religiosity.

For the last one decade, however, Bangabandhu’s worthy daughter, Sheikh Hasina. and her Awami League have governed Bangladesh. Sheikh Hasina is trying her very best to realise the dream of her father. She has cornered the fundamentalists and traders of religion.

What is most important is that Bangladesh is making huge advances in the economic sphere. Bangladesh is no longer a bottomless basket, it’s a vibrant developing economy whose life indicators are on the rise and are highly encouraging. The country is self-sufficient in food.

And in this centenary year of Bangabandhu, Sheikh Hasina has declared that no one in the country would go to sleep hungry and that everyone would have a roof over their head. She is bent on completing the compelling tasks of her father. Such an instance of carrying a legacy forward is also quite rare in the political sphere.