Prince Miteb bin Abdullah, born in 1953, headed the Saudi Arabian National Guard, an elite internal security force originally based on traditional tribal units that was run by his father for five decades. 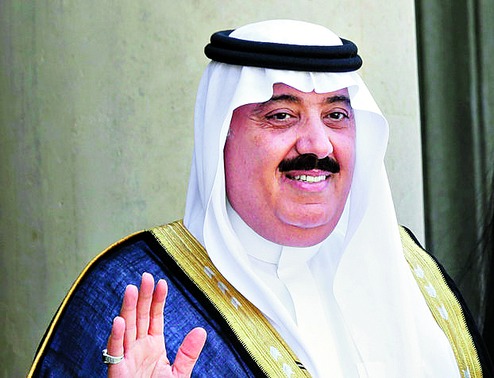 Riyadh: Prince Miteb bin Abdullah, born in 1953, headed the Saudi Arabian National Guard, an elite internal security force originally based on traditional tribal units that was run by his father for five decades.

As the Sandhurst-trained preferred son of the late King Abdullah, he was once thought to be a leading contender for the throne.

He was also the last remaining member of Abdullah's Shammar branch of the family to retain a key position at the top of the Saudi power structure, after brothers Mishaal and Turki were relieved of their posts as governors in 2015.

That run in power ended on Saturday, when he was relieved of his post at the National Guard by a royal decree and detained. The removal and the detention consolidate Crown Prince Mohammed bin Salman's hold on power.

Miteb had been in effective command of the force since his father became the country's de facto leader in 1996, when King Fahd suffered a debilitating stroke, but was only officially named as its commander in 2010.

"He's very pragmatic. I think he's a lot smarter than people think he is. And he's very ambitious," said a diplomatic source in the Gulf.

His position was consolidated in 2013 when the National Guard was given its own ministry and he was named as minister.

The guard formed a power base for King Abdullah for decades as a sort of parallel army, serving as a bulwark against any possible military coup and providing the country's powerful tribes with their main link to the government.

Its origins can be traced back to the kingdom's founder, King Abdulaziz Ibn Saud, who led white-clad "Ikhwan" tribal warriors in conquering much of the Arabian peninsula in the first three decades of the 20th century.

The National Guard today runs military academies, housing projects and hospitals, and is a prodigious source of revenue for US military contractors who train its some 100,000 active members and 27,000 irregular volunteers.

Prince Miteb is married to a daughter of Saleh Fustock, who hails from a Lebanese family and whose sister was one of King Abdullah's most important wives. Reuters