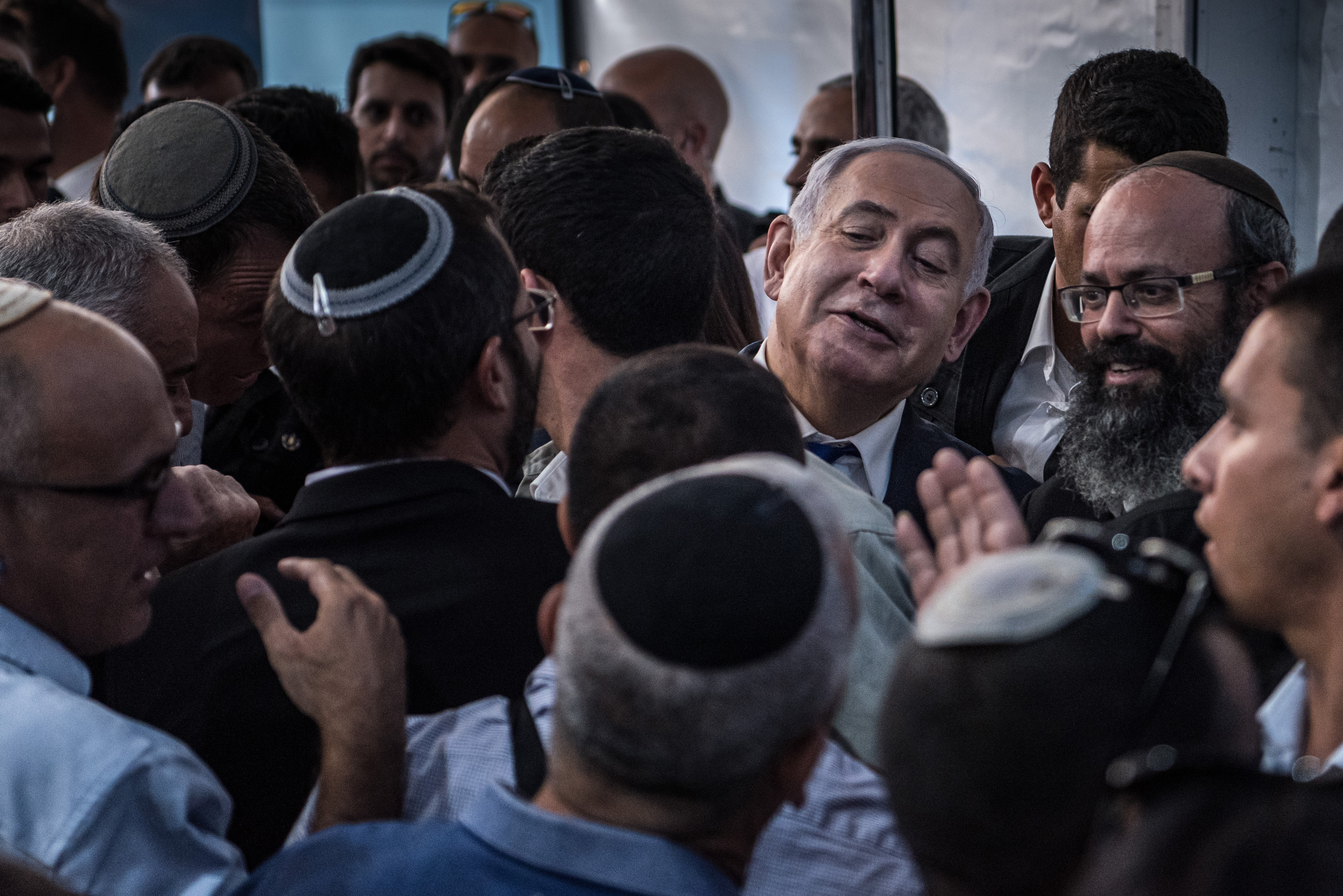 Facebook suspended a chatbot operated by the official account of Israel Prime Minister Benjamin Netanyahu on Thursday for violating hate speech rules after it sent a message saying that Israel’s Arab politicians “want to destroy us all”.

The message, which went out in the name of a Netanyahu campaign volunteer, was trying to rally right-wing support for Netanyahu and his conservative Likud party in Tuesday’s election.

Chatbots are software programs that try to emulate human conversation. In this instance, the bot provided a pop-up message to viewers of Netanyahui’s official Facebook page.

It urged supporters to come out to the polls to prevent the advent of “a dangerous left-wing government,” whose Jewish leaders, it said, would rely on the support of Arab politicians “who want to destroy us all — women, children and men — and enable a nuclear Iran that would wipe us out.”

The comment comes amid a bitter and divisive election campaign in which Netanyahu has targeted Arab parties and citizens. He pushed, unsuccessfully, to allow party representatives to film inside polling stations, ostensibly to prevent voter fraud.

Analysts said that the effort was more likely intended to intimidate Arab voters. They compared it to a tactic used to rally Netanyahu’s supporters on Election Day in 2015 when he asserted that Arab voters were converging on polling stations in droves.

Facebook’s suspension — a 24-hour ban that began at 10.30 a.m. local time on Thursday — targeted only the bot. Netanyahu’s Facebook page was not affected.

In a statement, Facebook said “a careful review” had “found a violation of our hate speech policy.'

“Should there be any additional violations,” Facebook said, “we will continue to take appropriate action.”

Netanyahu blamed a campaign staffer for the phrasing, saying he had not seen the message before it went out and had immediately ordered it removed.

“This mistake was immediately fixed — I didn’t write it,” Netanyahu said in a radio interview on Thursday. “Do you think I really would write such a thing and then deny it? I’m a serious person. Not everything on my campaign page is edited by me.”

Ayman Odeh, leader of the Joint List of predominantly Arab parties, said his team had alerted Facebook to the comment on Wednesday and demanded it to take action against what he called “Netanyahu’s racist and dangerous incitement against the Arab public.”

In a Twitter post, Odeh described Netanyahu as “a psychopath who has no red lines and wants to see blood.”

Last year, Facebook suspended the account of the prime minister’s older son, Yair Netanyahu, for 24 hours because of anti-Muslim and anti-Palestinian posts that it said included hate speech. The social network removed the posts, which had generated a flood of complaints, then suspended the younger Netanyahu’s account after he reposted a screenshot of one of the offending posts online.

Fatigued Israel back in election mode