Pascal Soriot, has insisted that despite setbacks his Covid vaccine has a future and hit out at those behind the “traumatic attacks” on the company 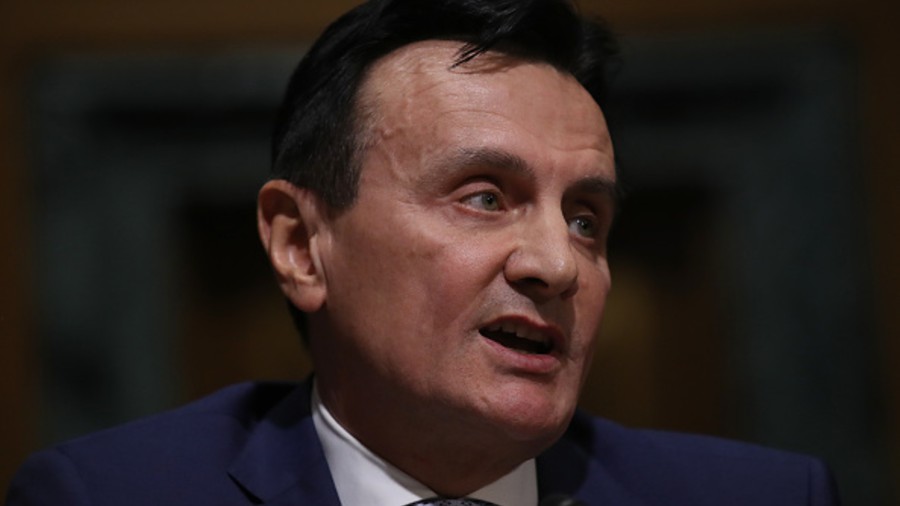 The French-born CEO of AstraZeneca, Pascal Soriot, has insisted that despite setbacks his Covid vaccine has a future and hit out at the “armchair generals” behind the “traumatic attacks” on the company.

Soriot, who turns 62 on Sunday, said: “Because I’m a big boy, I’ve been criticised so many times in my life I can put up with this…. But we have thousands of people who work on this? (vaccine). And I’m not exaggerating, people have dedicated their lives to this for several months, so then to get all this criticism is, of course, disheartening.

What he has to say in an interview with the Financial Times in London has direct relevance for India because his vaccine, which was developed by Oxford University, is being manufactured under licence in Pune by the Serum Institute of India. The latter’s CEO, Adar Poonawalla, and his father, Cyrus Poonawalla, the Serum Institute’s founder, are currently at their home in London.

They should be able to meet Soriot, who after months of running the company via Zoom from Australia is “now back in AstraZeneca’s Cambridge office”.

The phrase “blood clots” was not mentioned but the FT said: “In his first interview following a string of setbacks, including the emergence of rare fatal side-effects, Pascal Soriot defended the Oxford/AstraZeneca vaccine and offered new evidence that it could play an important role in the ongoing battle against the disease.”

Soriot told the paper that “the jab was only slightly less effective against the variant first found in India than the strain identified in Kent and said that in animal studies a new booster had performed well against other variants. AstraZeneca is in talks with governments…about new contracts for booster doses.”

Soriot said that by delivering the vaccine non-profit he had hoped to do good and improve the industry’s image.

He “also held back from directly criticising rival vaccine makers such as Pfizer and Moderna, some of which are forecasting tens of billions of dollars in revenue from the Covid-19 shots this year alone”.

He explained that two-thirds of AstraZeneca’s vaccine supply was going to low and middle income countries: “We wanted to provide this vaccine at no profit because we saw, as an industry, we should not be seen as profiteering from this type of pandemic.”

“With a lower efficacy rate in clinical trials and concerns about side effects, some countries have begun to cast AstraZeneca’s vaccine as a poor relation to rivals. But Soriot insisted that evidence on efficacy collected in studies after the vaccines were approved showed it had ‘exactly the same result, as the BioNTech/Pfizer jab,” according to the FT.

Reflecting on a year in which his company has come under sustained criticism over missteps on the vaccine, but cemented its position as one of the most successful global pharma companies with a portfolio of blockbuster cancer drugs, Soriot said: “The good thing about getting old is that you have scars like an old soldier’s. The question is, in the direction of travel, are you going up overall? And I think we are.”

The FT’s interview with Soriot coincides with a report in the paper on Saturday on the Indian variant of Covid-19: “New UK government research suggests two doses of a Covid-19 vaccine are needed to provide strong protection against symptomatic infection from the coronavirus variant first identified in India, according to two people briefed on the preliminary data.

“Two vaccine doses provided 81 per cent protection against the B.1.617.2 variant found in India, and 87 per cent against the B.1.1.7 strain first identified in Kent in southeast England, according to the Public Health England data

that was presented to a meeting of the government’s New and Emerging Respiratory Virus Threats Advisory Group .

“Two people who attended the Nervtag meeting on Friday said the data showed that one dose offered 33 per cent protection against symptomatic infection from B.1.617.2, and 51 per cent against B.1.1.7.

“This suggests a single shot offers 35 per cent less protection against B.1.617.2 compared with B.1.1.7, according to Financial Times analysis.”

The paper also pointed out that the UK government “has also introduced increased vaccinations in B.1.617.2 hotspots such as Bolton and Blackburn with Darwen”. Additional coronavirus testing is to begin in the coming days in targeted settings and postcodes within Harrow, Ealing, Hillingdon and Brent — all areas with large Indian populations.