Pandemic may mean end of the open-floor office 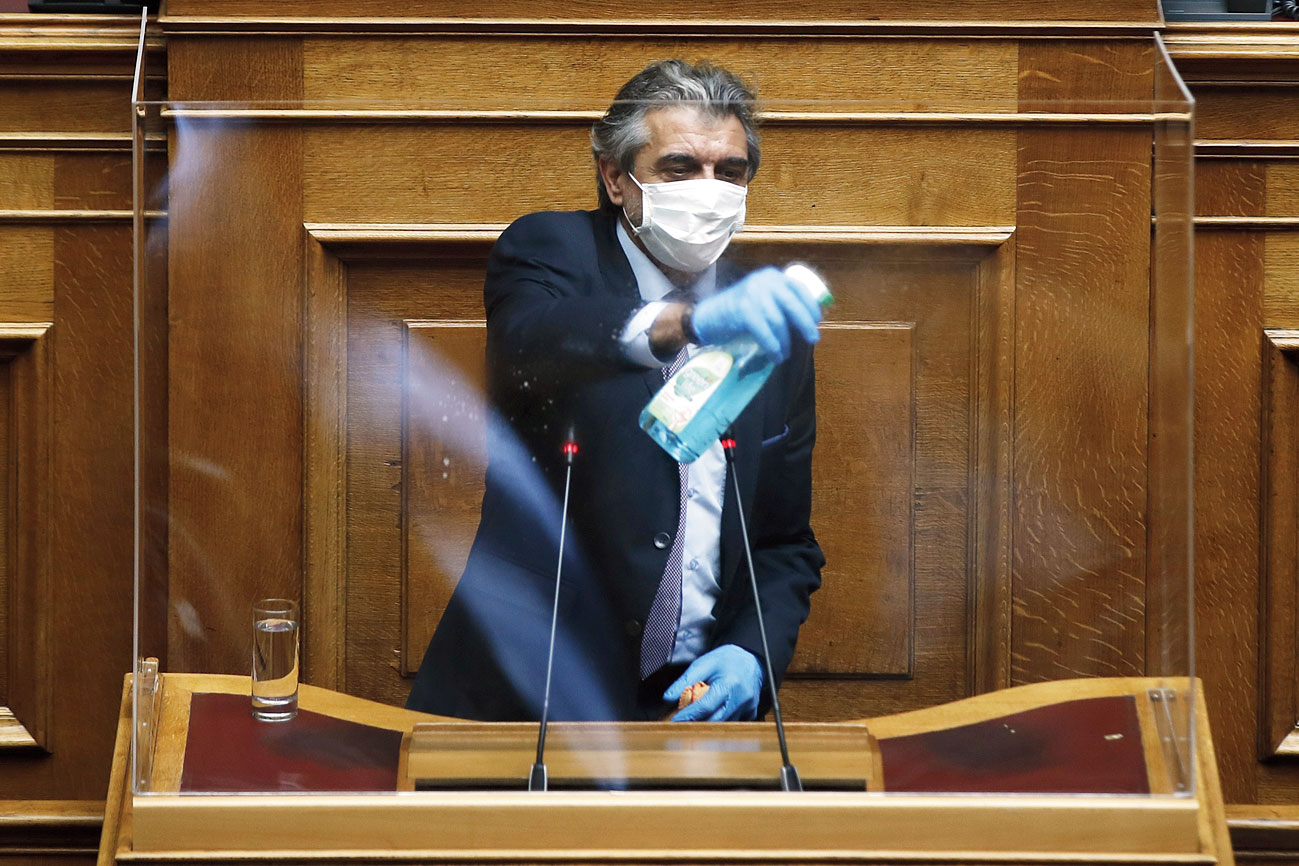 Soon, there may be a new must-have perk: the sneeze guard.

This plexiglass barrier that can be mounted on a desk is one of many ideas being mulled by employers as they contemplate a return to the workplace after coronavirus lockdowns. Their post-pandemic makeovers may include hand sanitisers built into desks that are positioned at 90-degree angles or that are enclosed by translucent plastic partitions; air filters that push air down and not up; outdoor gathering space to allow collaboration without viral transmission; and windows that actually open, for freer air flow.

The conversation about how to reconfigure the American workplace is taking place throughout the business world, from small start-ups to giant Wall Street firms. The design and furniture companies that have been hired for the makeovers say the virus may even be tilting workplaces back towards a concept they had been moving away from since the Mad Men era: privacy.

The question is whether any of the changes being contemplated will actually result in safer workplaces.

“We are not infectious disease experts, we are simply furniture people,” said Tracy D. Wymer, vice-president for workplace at Knoll, a company that makes office furniture and has been engaged by anxious clients, including some of the country’s largest corporations, to come up with ways to make workplaces less of a health risk.

The actual disease experts say that a virus-free office environment is a pipe dream. Dr Rajneesh Behal, an internal medicine physician and the chief quality officer of One Medical, a primary-care chain that recently held a webinar for businesses on how to reopen, said, “A core message is, do not expect your risk goes down to zero.”

Much of what is known on the subject of workplace and disease transmission comes from studies about workplace transmission of the flu, which shares some similarities with the novel coronavirus, said Dr Lisa Winston, the hospital epidemiologist at Zuckerberg San Francisco General at the University of California, San Francisco. “We know that flu spreads in workplaces among healthy working adults,” she said. A 2016 analysis of various research papers from around the world found that around 16 per cent of flu transmission takes place in the office.

Other research shows that one of the best ways to reduce transmission in the workplace is to provide paid sick leave that encourages ill employees to stay home.

Another basic step to lower risk, Dr Winston said, is simply having “fewer people in a space”.

That is a concept that runs counter to the workplace zeitgeist of the past two decades. The embrace of open floor plans stretches back to the first dot-com boom in the late 1990s. It was hailed as essential to collaboration and creativity, but is, of course, also about cramming more people into expensive office space, a situation that people now realise creates unnerving petri-dish conditions.

Wymer of Knoll, the furniture design company, said his goal had changed from making offices virus-free, which is impractical, to remaking them so that workers feel safer.

“We can’t ask employees to come back to the same office,” he said. “Companies feel we have to address the root fear.”

For now, that may mean no more shared desks (a concept in the business world known as “hoteling”), elbow-to-elbow seating or cafes where people congregate to chat about a project over a fruit water or hazelnut latte. It could mean more use of materials, like copper, that are less hospitable to germs, and reconfiguring ventilation systems that flow air from the ceiling down rather than the floor up, which is considered safer.

Mobify, a Vancouver company that builds online storefronts for major retailers like Under Armour and Lancôme, has 40 employees who share space with other start-ups. It’s the epitome of the 21st century workplace with side-by-side desks in a row, sans partitions, and open space for a total of 100 people at full capacity to congregate for meetings, or for playing Ping-Pong and pool.

“Huge buffets?” he said, “forget about that for now.”

Faletksi is contemplating allowing more employees to work from home and even moving headquarters to a new building with better air circulation. “People want to have safe collaboration.”

Some companies have begun mentioning a return to one of history’s more derided office-design concepts: the cubicle. There is talk also of the cubicle’s see-through cousin, known as the sneeze guard.

“Cough and Sneeze Protection Screens,” is how they are being marketed by the California company Obex P.E. in emails to potential customers. “Plenty of options to fit your style and needs,” the email says, adding: “Decrease person-to-person contact. Practice Social Distancing.”

These guards already have a home in banks and grocery stores, but they are getting a new push into the corporate office space.

“Add tall laminate gallery panels to workstations or benching stations” is suggested in a 12-page Power Point report, “Covid 19 and The Future of Furniture,” produced by CBRE, one of the world’s largest commercial real estate firms.

Taller plastic barriers that extend over desks have long been in use at an office run by one of the country’s top infectious disease experts, Dr Susan Huang, medical director of epidemiology and infection prevention at the University of California, Irvine. The barriers “weren’t designed for coronavirus”, Dr Huang said, but, rather, to maintain a sense of collaboration while cutting down noise. Now, the barriers may have an added benefit of creating some biological isolation.

But Dr Huang said that safety in the workplace would require more than plastic shields. In fact, her lab reopened last week, and the first thing she did was hold a meeting to explain the new hygiene rules. At a meeting in the conference room, Dr Huang gave each employee a bottle of hand sanitiser and a mask. “I had to tell them, ‘You’re going to wear a mask all day long,’” she said, “and tell them how to do it right and that they have to do it.”

“And don’t touch your mask without first using your hand sanitiser,” she recalled saying at that meeting.

For smaller companies, the changes may be more modest but the issue weighs just as heavily. Howard Cao, the chief executive of Form & Fiction, a start-up incubator in San Francisco, said he had been thinking about changing out the touch-pad at the front door to the office that his seven employees shared with workers from other start-ups.

“We’ll probably have to reconfigure that into something with Bluetooth or a key fob,” Cao said.

Inside the office, he is looking to create physical space or barriers between employees who sit together at long tables. “It may be as simple as a mini-divider between people,” he said.

Yes, he conceded, though it’s not a nice word for him. “I’ve always been very anti-cubicle,” he said.

The proposed changes to the offices have struck some as more cosmetic than substantive, especially the sneeze guard.

“I call it social distancing theatre, like TSA security theatre after 9/11,” said Ron Wiener, chief executive of iMovR, a Seattle company that designs standing desks that are used at many large employers, from Google and Facebook to the department of defence.

In the end, the solution for many employers may not be to spend a lot of money on outfitting their new office spaces, but rather simply having many employees continue to work at home, as a way to accomplish two goals: keeping people safe and saving money.

This is the punchline of a story about the post-pandemic office makeover. In the name of safety, there is likely to be a long, hard look at money, too.

In this case, the goals may go together like hand-in-protective-glove.

Moving to home offices “has worked really great,” said Susan Stick, general counsel at Evernote, a maker of digital note-taking programs with 282 employees. “You can’t put that genie back into the bottle.”