Workers have taken to the streets to demand they be paid, defying a mass lockdown 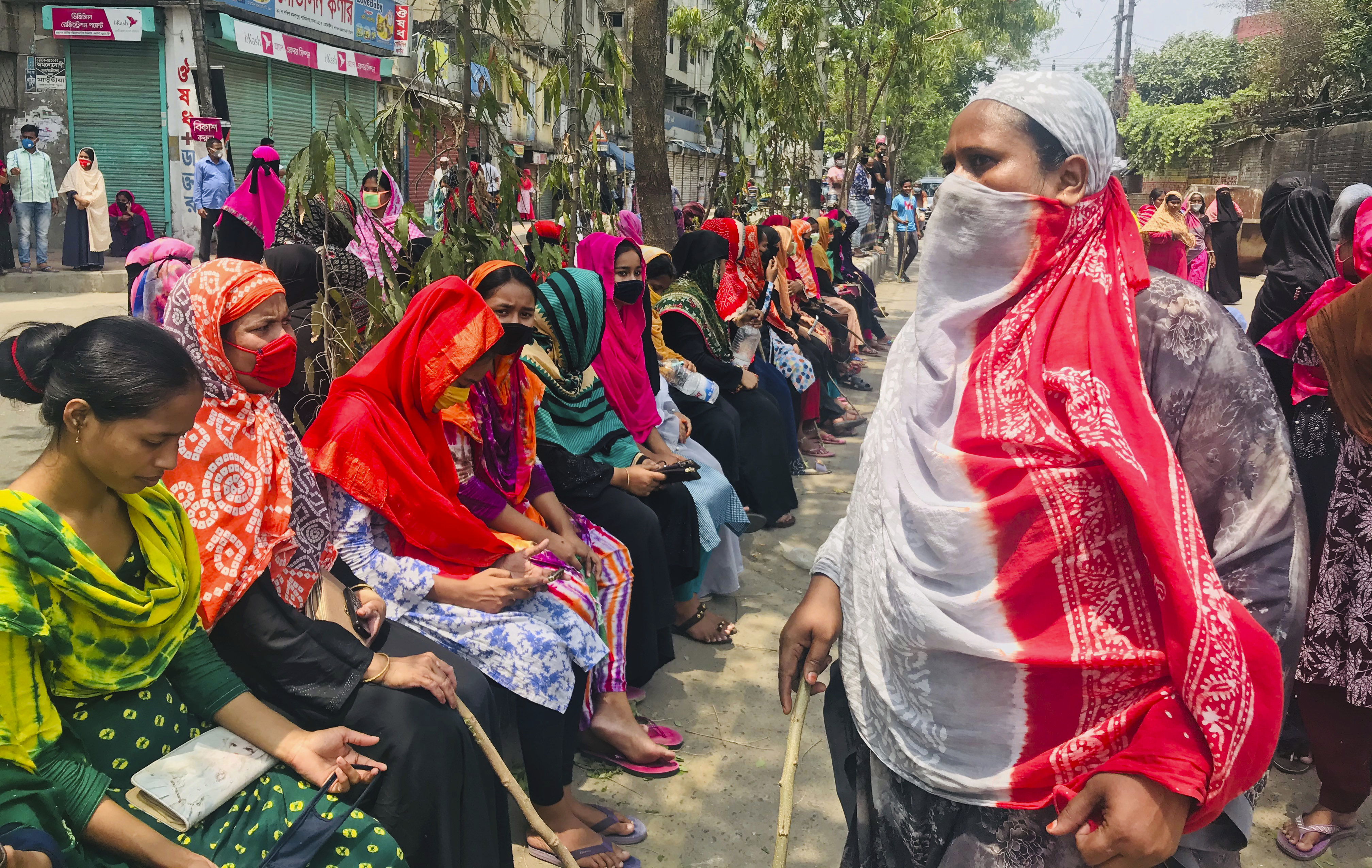 Bangladesh will sue factory owners that do not pay their staff during the coronavirus lockdown, an official has warned, with tens of thousands of garment workers struggling after factories shut without paying March wages.

Workers have taken to the streets to demand they be paid, defying a mass lockdown that has seen thousands of factories shut as orders from Western retailers dry up.

The government has said at least 350 factory owners have not yet paid March wages, with more than 150,000 workers affected, though labour leaders say the true figure is much higher.

Labour ministry official Shibnath Roy said businesses that did not pay staff would not receive any money from a $588 million rescue package that Bangladesh announced last month for its crucial export sector.

“We have taken these steps to create pressure on factory owners. If they still don't pay, we will file cases against them in the labour court,” he said.

The head of the Bangladesh Garment Manufacturers and Exporters Association Rubana Huq said 98 of the 2,274 factories it represents had yet to pay workers.

Most are small-scale subcontractors and would likely have to close, she said, calling it“the unfortunate reality of the sudden change in global commerce caused by Covid-19”.

Millions of households in Bangladesh depend upon the garment sector, which has been hit hard by the cancellation of more than $3 billion-worth of orders as shops around the world shut down.

The industry accounts for more than 80 per cent of Bangladesh’s exports and employs about 4 million people, mostly women.

Union leaders have said factory owners must pay their workers for March, when plants were still open.

“I still get calls from workers every day who say that they have not been paid and that they are struggling. They don't deserve this,” said Nazma Akter head of Sommilito Garments Sramik Federation, which represents 100,000 workers.

“Our workers have worked throughout March, so there's no reason why they shouldn't be paid.”