COP27 extended by a day as logjam on key issues continues

The success of the talks hinges on a fund to address loss and damage, a term used for irreparable destruction caused by climate change-fuelled disasters 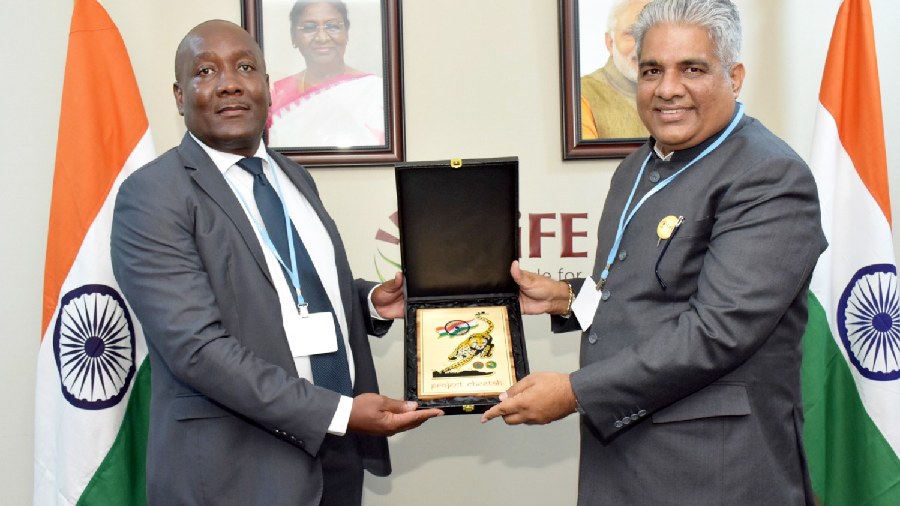 The UN climate talks have been extended by a day in an effort to break the deadlock over key issues, including mitigation work programme, loss and damage and climate finance.

Union Environment Minister Bhupender Yadav said COP27 was supposed to wrap up on Friday but has been "extended by a day to attempt to take the ongoing negotiations to a logical end". Providing an update on the negotiations in a blog post, he said a lot of issues, including the mitigation work program, the global goal on adaptation, loss and damage, and climate finance are being negotiated as they remain contentious. "COP is a party-driven process and hence consensus on key issues is vital to the process. The extension is an attempt towards achieving just that," he said.

In an effort to break the deadlock, the European Union's chief negotiator Frans Timmermans proposed a plan that tied loss and damage with emission cuts.

The success of the talks hinges on a fund to address loss and damage, a term used for irreparable destruction caused by climate change-fuelled disasters.

In exchange for the fund, the EU proposal asks countries to peak emissions before 2025 and phase down all fossil fuels and not just coal. Details of the fund will be worked out next year.

Another important aspect of the proposal is that big developing countries like China would need to pay into this fund as it would have a 'broad funder base'.

Earlier in the day, the UN Framework Convention on Climate Change published a formal draft of the deal but it made no mention of India's call for phase down of all fossil fuels.

Experts said it was surprising that the call for phasing down all fossil fuels, the COP's second-most discussed new element, didn't find a place in the draft text despite most developing countries and some developed nations, including the US and the European Union, supporting it.

Some also said it seemed more like a statement from India -- a tactical move to deflect criticism over the use of coal -- and not its stand.

It also omits references to the need for rich nations to attain "net-negative carbon emissions by 2030" and their disproportionate consumption of the global carbon budget, something that India and other poor and developing countries have stressed throughout the summit in Egypt.