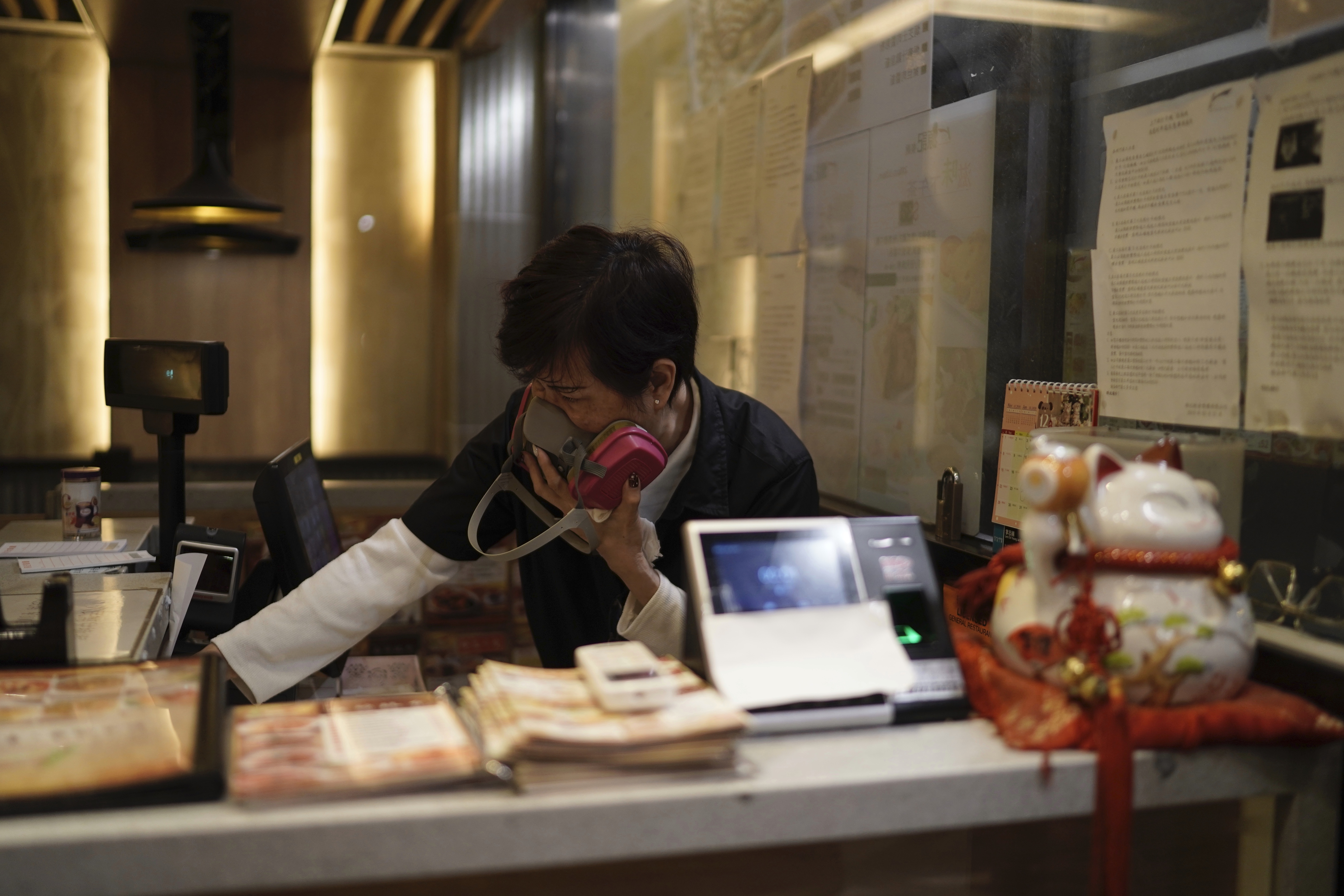 Hong Kong riot police fired rounds of tear gas at thousands of protesters, many wearing masks and reindeer horns, after scuffles in shopping malls and in a prime tourist district as pro-democracy rallies escalated into Christmas Eve chaos.

Protesters inside the malls threw umbrellas and other objects at police who responded by beating some demonstrators with batons, with one pointing his gun at the crowd, but not firing.

Some demonstrators occupied the main roads and blocked traffic outside the malls and nearby luxury hotels in the Tsim Sha Tsui tourist district of Kowloon.

A man was shown on public broadcaster RTHK as falling from the second floor to the first floor of a mall in the rural Yuen Long district as he tried to evade police. He was conscious as he was taken away by paramedics.

There was a heavy police presence into the night in Tsim Sha Tsui with hundreds of officers standing guard on the roads as thousands of Christmas shoppers and tourists, some wearing Santa hats, looked on. A water canon and several armoured police Jeeps were parked nearby.

Dozens of protesters started digging up bricks from the roads and set up barricades, as police said in a statement they would deploy “minimum force to effect dispersal” and arrest ”rioters”.

Many families with children had congregated in the area to view the Christmas lights along the promenade, the spectacular backdrop of Hong Kong island on the opposite side of the harbour.

The protests in Chinese-ruled Hong Kong, now in their seventh month, have lost some of the scale and intensity of earlier violent confrontations. A peaceful rally this month still drew 800,000 people, according to organisers, showing strong support for the movement.

Scores of black clad, mask wearing protesters chanted slogans including “Revive Hong Kong, revolution of our time”, and “Hong Kong independence” as they roamed the malls.

“Lots of people are shopping so it’s a good opportunity to spread the message and tell people what we are fighting for.” said Ken, an 18-year-old student. “We fight for freedom, we fight for our future.”

A bank branch of global banking group HSBC was vandalised in Mong Kok, according to television footage. The bank on Friday became embroiled in a saga involving an official crackdown on a fund-raising platform supporting protesters in need.

HSBC denied any link between a police clampdown on the platform, called Spark Alliance, and the earlier closure of an HSBC bank account tied to the group.

Protesters had nevertheless called for a boycott of the bank at its headquarters in the heart of Hong Kong’s financial district.

Around 100 protesters also trashed a Starbucks inside a mall called Mira Place, breaking the glass counters displaying pastries and spraying graffiti on the walls.

The coffee shop chain has been a common target of protesters after the daughter of the founder of Maxim’s Caterers, which owns the local franchise, condemned the protesters at a UN human rights council in Geneva.

Mong Kok and Tsim Sha Tsui, early on Tuesday night due to protests in the area. Train services were meant to run overnight on Christmas Eve.

The Civil Human Rights Front, which has organised some of the biggest marches involving more than a million people, has applied to stage another march on New Year’s Day.