A total of 573 new infections were reported on February 29 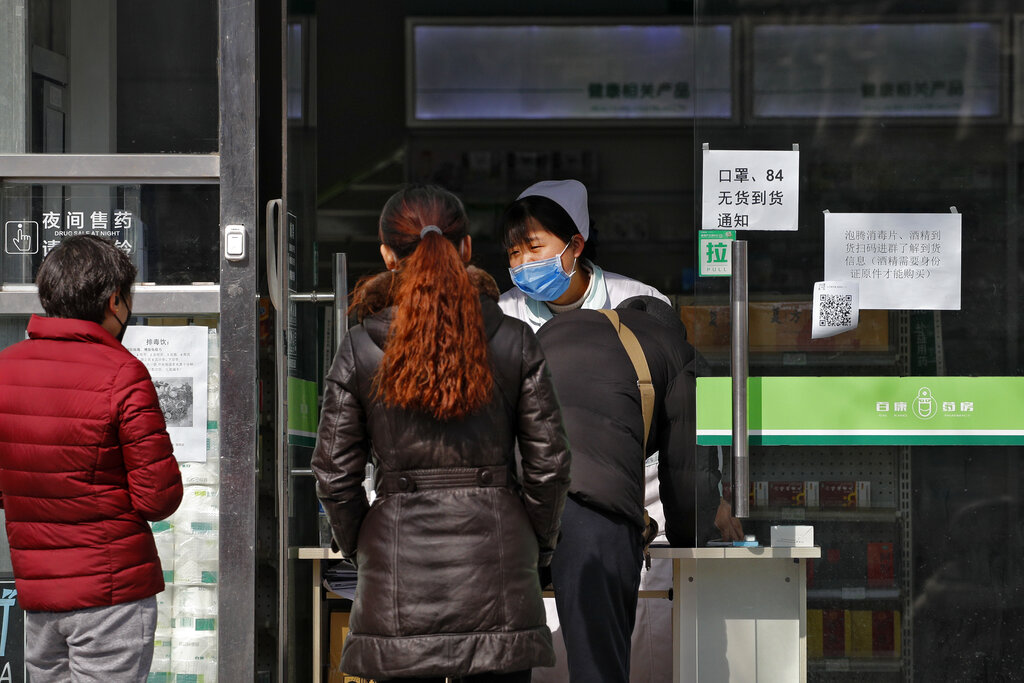 A man fills out personal details for his prescription purchase at a pharmacy during the coronavirus outbreak in Beijing on Sunday
(AP)
Reuters   |   Shanghai   |   Published 01.03.20, 09:46 PM

Mainland China reported the biggest daily rise in coronavirus cases since February 22 on Sunday as more infections emerged among prison inmates in the epicentre of the outbreak, but officials emphasised the overall situation continued to improve.

A total of 573 new infections were reported on February 29, compared with 427 a day earlier, according to the National Health Commission. Some 565 of these were in Wuhan, where the outbreak emerged late last year.

The official China News wire service reported that 233 of the Wuhan cases were reported from the city’s prison system.

The 35 new deaths reported on Saturday were the second lowest daily total in February and down from 47 the previous day, however.

There were also only three new cases outside Hubei province, of which Wuhan is the capital, the lowest since the commission began tracking daily cases on January 20.

Beijing on Sunday reported two new cases: both are Chinese nationals who recently returned from Iran, where the coronavirus cases have multiplied quickly.

The run was one of a series of events across France to be cancelled as the government attempts to contain the coronavirus outbreak.

One disappointed runner founded a Facebook group called “We’re running anyway” though only a tiny fraction of the 44,000 people expected at the official event actually turned up.