China factory activity shrinks for the first time in 2 years

In the quarter that ended in September, China's economic growth sank to a post-global crisis low of 6.5 per cent compared with a year earlier 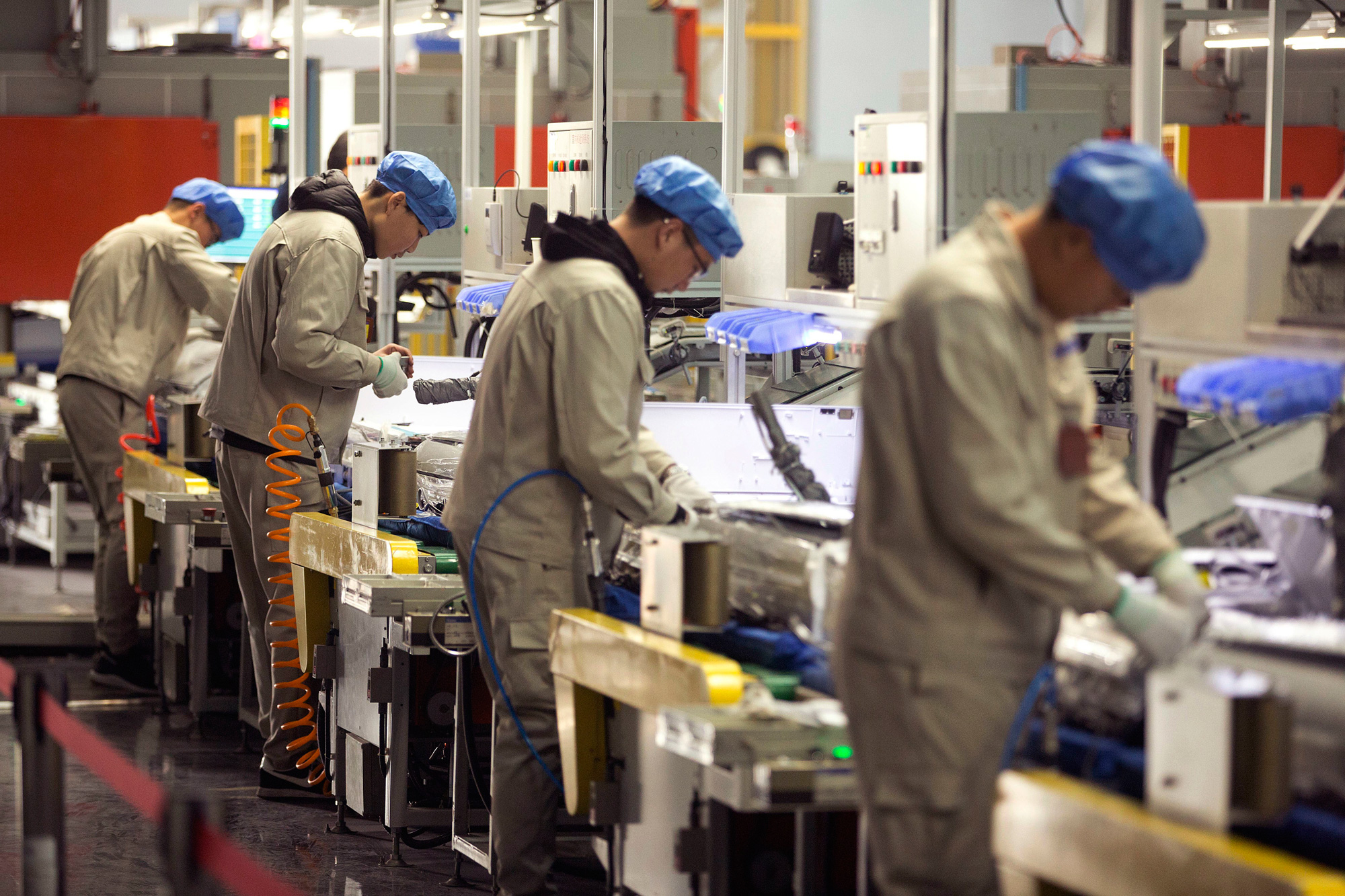 China's factory activity shrank in December for the first time in more than two years, an official survey showed Monday, intensifying pressure on Beijing to reverse an economic slowdown as it enters trade talks with the Trump administration.

The purchasing managers' index of the National Bureau of Statistics and an industry group, the China Federation of Logistics & Purchasing, fell to 49.4 from November's 50.0 on a 100-point scale. Any reading below 50 shows that activity is contracting. The December figure was the lowest since February 2016 and the first drop since July 2016.

In the quarter that ended in September, China's economic growth sank to a post-global crisis low of 6.5 per cent compared with a year earlier. The slowdown occurred despite government efforts to stem the downturn by ordering banks to lend more and by boosting spending on public works construction.

Forecasters expect annual growth of about 6.5 per cent, down slightly from 2017's 6.7 percent. But some industry segments, including auto and real estate sales, have suffered more serious declines.

'Downward pressure on the economy is still large,' economist Zhang Liqun said in a statement issued with the PMI.

Overall orders and exports both contracted, indicating that Chinese factories are suffering from weak demand at home and abroad. Exports to the United States kept growing at double-digit monthly rates through late 2018 despite President Donald Trump's punitive tariffs. But growth in exports to the rest of the world fell sharply in November and forecasters expect American demand to weaken in early 2019.

That adds to complications for Chinese leaders who are trying to reverse a broad economic slowdown and avert politically dangerous job losses.

Chinese and U.S. envoys are due to meet in early January for negotiations that are intended to resolve their economically threatening trade war. Over the weekend, Trump sounded an optimistic note, tweeting that he had spoken with President Xi Jinping by phone.

'Deal is moving along very well,' Trump tweeted. 'If made, it will be very comprehensive, covering all subjects, areas and points of dispute. Big progress being made!'

But economists say the 90-day moratorium on new penalties that was agreed to by Trump and Xi on Dec. 1 is likely too little time to resolve their sprawling dispute.

Chinese economic activity already was weakening after Beijing tightened controls on bank lending in late 2017 to cool a debt boom. The downturn was more abrupt than expected, which prompted regulators to shift course and ease credit controls. But they moved gradually to avoid reigniting a rise in debt. Their measures have yet to put a floor under declining growth.

Chinese leaders promised at an annual economic planning meeting in mid-December to shore up growth with tax cuts, easier lending for entrepreneurs and other steps.