She is set to serve two years in detention at an undisclosed location, a sentence reduced from four years after a partial pardon from Myanmar’s military chief 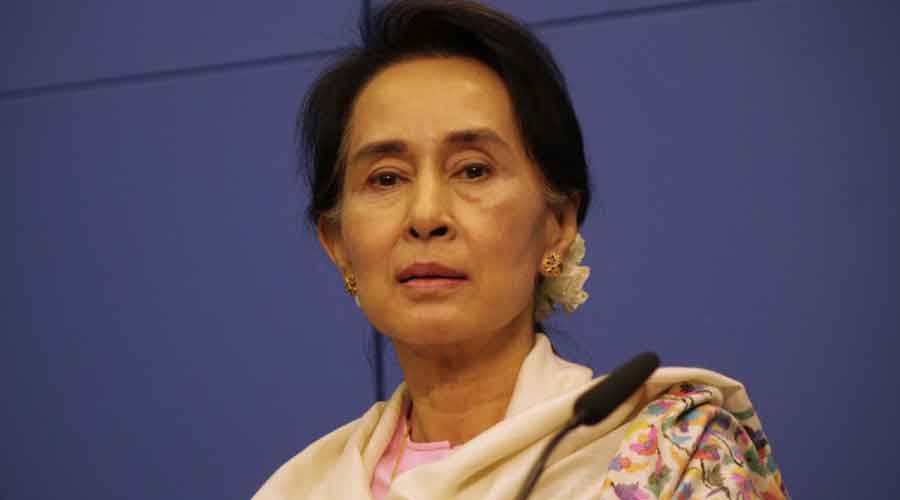 A court in military-ruled Myanmar jailed deposed leader Aung San Suu Kyi for four years on Monday on charges of incitement and breaching coronavirus restrictions, drawing international outrage of what some critics described as a “sham trial”.

Suu Kyi is set to serve two years in detention at an undisclosed location, a sentence reduced from four years after a partial pardon from Myanmar’s military chief, state TV reported.
President Win Myint was also initially sentenced to four years as the court delivered its first verdicts in numerous cases against Suu Kyi, who led the former civilian government in the role of state counsellor, and other leaders ousted in the February 1 coup.

President Win Myint was also sentenced to four years in prison, said a source following proceedings who spoke on condition of anonymity, as the court delivered its first verdicts in numerous cases against Suu Kyi and other civilian leaders detained by the military in the coup.

Myanmar has been in turmoil since the coup against Suu Kyi’s democratically elected government led to widespread protests and raised international concern about the end of tentative political reforms following decades of military rule.

Nobel Peace Prize winner Suu Kyi, 76, has been detained since the coup along with most senior leaders of her National League for Democracy (NLD) party. Others are abroad or in hiding and no party spokesperson was available for comment.

“The conviction of the State Counsellor following a sham trial in secretive proceedings before a military-controlled court is nothing but politically-motivated,” UN human rights chief Michelle Bachelet said in comments echoed by the EU and others.

A military spokesman did not respond to attempts by Reuters to reach him for comment on the sentencing, which was widely reported in domestic media. The military has not given details of where Suu Kyi has been detained and it was not immediately clear if the sentencing would mean any immediate change in her circumstances.

Dr Sasa, a spokesperson for Myanmar’s shadow civilian government set up following the coup, called on the international community to step up sanctions against Myanmar’s military rulers.

The trial in the capital Naypyitaw has been closed to the media and the junta’s public information outlets have not mentioned the proceedings. Suu Kyi’s lawyers have been barred from communicating with the media. Suu Kyi faces a dozen cases that include multiple corruption, a telecoms law and Covid-19 regulations, which carry combined sentences of more than a century in prison.