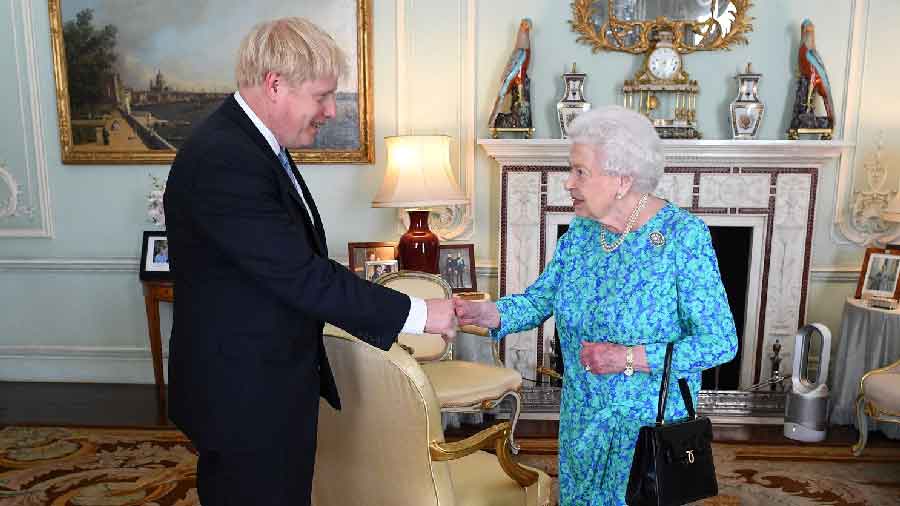 Queen Elizabeth II will appoint Britain's new Prime Minister, either Rishi Sunak or Liz Truss, in Scotland where she is currently based and won't travel down to London, Buckingham Palace confirmed on Wednesday.

In a break from royal tradition, the 96-year-old monarch will receive the newly elected Conservative Party leader at her Balmoral Castle residence next Tuesday a day after the Tory leadership election result is announced on Monday.

The outgoing Prime Minister, Boris Johnson, will formally hand in his resignation to the monarch earlier in the day, after which she will receive his successor. As head of state, it is the Queen who formally appoints the country's Prime Minister who is to lead "Her Majesty's Government".

"The Queen will receive Prime Minister Boris Johnson on Tuesday September 6 at Balmoral, followed by an audience with the new PM," Buckingham Palace said.

Over the years, the Queen has received newly elected Prime Ministers in England and it was expected that she would travel back to Buckingham Palace in London or to her Windsor Castle residence in Berkshire. However, given her age, it was speculated that this time she may decide to stay on at Aberdeenshire in Scotland, where she is spending her annual summer break.

According to reports, the announcement has been made to help Johnson's successor at 10 Downing Street firm up the schedule for his or her first week. A palace spokesperson said a decision to relocate the event had been made in advance so the next Prime Minister did not have to make last-minute arrangements.

Since last year, the Queen has experienced some age-related mobility issues and often uses a walking stick. Earlier this year, she was forced to cut several official engagements short and missed much of her Platinum Jubilee celebrations to restrict her brief appearances to the Buckingham Palace balcony.