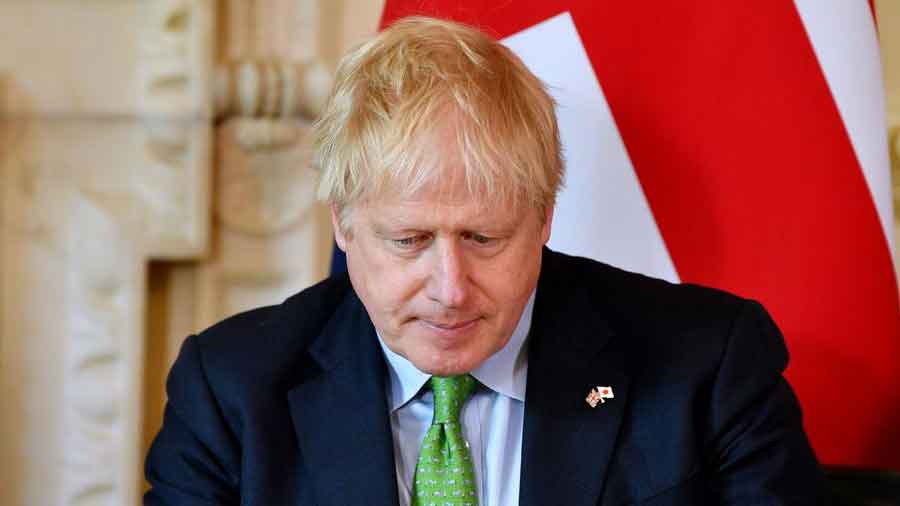 British Prime Minister Boris Johnson on Thursday finally agreed to step down as Conservative Party leader, triggering a leadership election for a new Tory leader who will go on to become the new premier, according to reports from Downing Street.

Johnson, 58, will remain in charge at 10 Downing Street until the process of electing a new leader is completed by the time of the Conservative Party conference, scheduled for October. He is expected to formally announce his resignation later on Thursday.

The move came after days of high drama and a steady stream of resignations from his Cabinet since Tuesday and just minutes after his newly appointed Chancellor to replace Rishi Sunak wrote a public letter calling for him to go now .

Nadhim Zahawi, the Iraqi-origin minister seen as a frontrunner to replace Johnson in 10 Downing Street, wrote a damning letter which openly questioned his boss' authority and demanded his exit. While not officially resigning from his new Cabinet post, the 55-year-old minister said the time was up for Johnson.

"Prime minister, you know in your heart what the right thing to do is, and go now," he signs off.