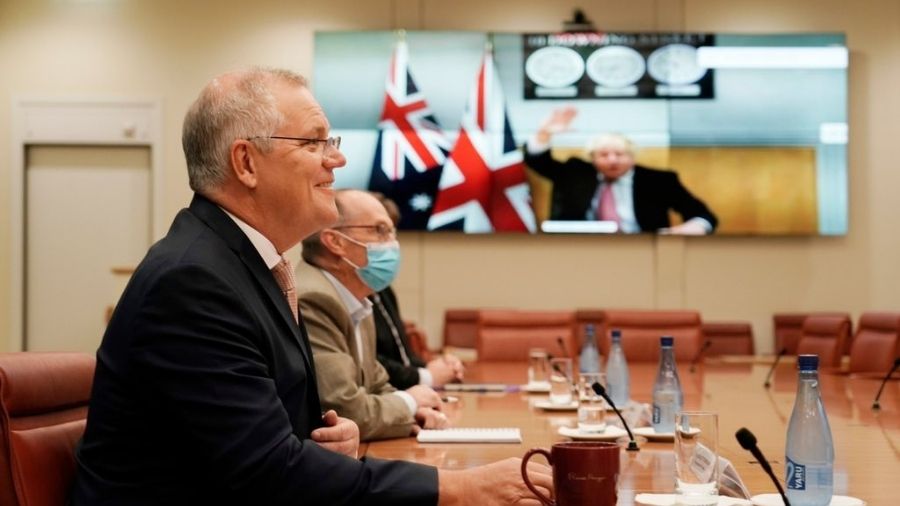 Australia will hold a general election on May 21, Prime Minister Scott Morrison said on Sunday, triggering a campaign expected to be fought over cost-of-living pressures, climate change and questions of trust and competence of the major parties.

Morrison played up economic uncertainties and security threats in announcing the election, saying this was not the time to hand the reins to an untested opposition Labor leader, Anthony Albanese.

"Only by voting for the Liberals and Nationals at this election on May 21 can you ensure a strong economy for a stronger future," Morrison told reporters in the capital Canberra.

Morrison's conservative coalition trails Labor in opinion polls after nine years in power. But he similarly lagged before the previous election in May 2019, when he pulled off a win.

In an opinion piece setting the stage for the election, Morrison said despite the wide range of challenges Australians have faced since the last election - including fires, floods, and the COVID-19 pandemic - the country has held up much better than others.

"But I know our country continues to face very real challenges and many families are doing it tough," he said.

He said Labor would weaken the country's economy with higher taxes and deficits at a time when the country has led most others in recovering from the pandemic slump.

"Now is not the time to risk that," Morrison said on Sunday.

Labor leader Albanese highlighted that food, fuel, child care and health care costs had jumped while wages had stayed flat since the conservative coalition took office in 2013, and said a Labor government would ease pressure on family budgets.

"So when you cringe next time you pay your supermarket bill, remember it was the Morrison government that went out of its way to keep a lid on your pay packet," Albanese said in an opinion piece released on Saturday.