Ahmad Wali Stanekzai couldn’t find his three children — Mina, Ahmad Faisal, and Masiullah — who disappeared in the bedlam after the explosion 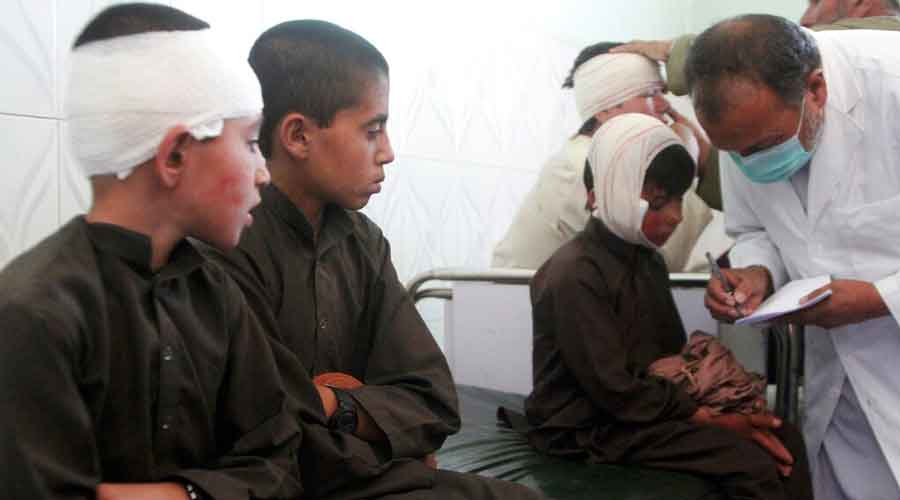 The suicide bomb blast that killed more than 170 people crowded outside Abbey Gate at Kabul’s airport on Thursday also sundered a family gathered there, hoping to flee.

Ahmad Wali Stanekzai’s wife, Zakya, died from injuries sustained in the explosion. He couldn’t find his three children — Mina, Ahmad Faisal, and Masiullah — who disappeared in the bedlam after the explosion.

Masiullah, a teenager, was dazed from the blast and called his aunt, Ferishta Stanekzai, who lives in Virginia.

“He said, ‘I don’t know about my mom, dad, brother and sister, what happened to them, but I am here alone, and there is firing, and I don’t know where I should go,’” Stanekzai said in an interview on Sunday.

Stanekzai began working the phones, with the help of Lieutenant General John A. Bradley, a retired Air Force officer who has been trying to extricate several hundred Afghans in the two weeks since the Taliban captured Kabul. This account is based on interviews with Stanekzai and General Bradley, who have been in contact with Stanekzai and other relatives and neighbours.

Stanekzai’s family were among the Afghans General Bradley tried to help. They had travelled to the airport in Kabul in a desperate attempt to get on a flight with documentation from General Bradley, but with no official clearance to board a plane. As they tried to navigate a path out of the country, the Islamic State Khorasan, the terrorist group’s Afghan affiliate, attacked the gate.

“Finally we contact my brother, and he says that ‘I don’t know about my two kids, but I lost my wife,’” Stanekzai said.

Stanekzai began searching the hospitals in Kabul for his missing children, and in time reunited with his oldest son. But he couldn’t find his other two children, and he and Stanekzai contacted dozens of friends and neighbours to scour the city.

In time they learned that the children had boarded an airplane with a neighbour, Imran Ibrahim. But Stanekzai did not know the flight’s destination.

Stanekzai eventually reached Ibrahim. He and the children had landed in Germany, where the children received medical treatment for injuries from the Kabul blast at Landstuhl Regional Medical Center, near Ramstein Air Base.

But Stanekzai and Masiullah are still in Kabul, with no way out, as President Biden’s August 31 deadline fast approaches. They are just two of the tens of thousands of Afghans with connections to the US who are desperate to escape.

General Bradley said he and family members had appealed to former secretary of state Hillary Clinton, Senators Tim Kaine and Mark Warner of Virginia, and retired military leaders to reach out to President Biden or other officials who can help the Stanekzais secure a flight out of Kabul.

A White House staffer and an aide to Senator Warner said they were working on it, but so far a flight out for the Stanekzais has not been approved, General Bradley said.

“The security situation is making things very difficult,” Rachel Cohen, Warner’s communications director, said in an email on Sunday. Stanekzai and his son have stayed in a home in Kabul, leaving briefly to hold a funeral  for his wife.