Review of works ordered after introduction of sweeping security law 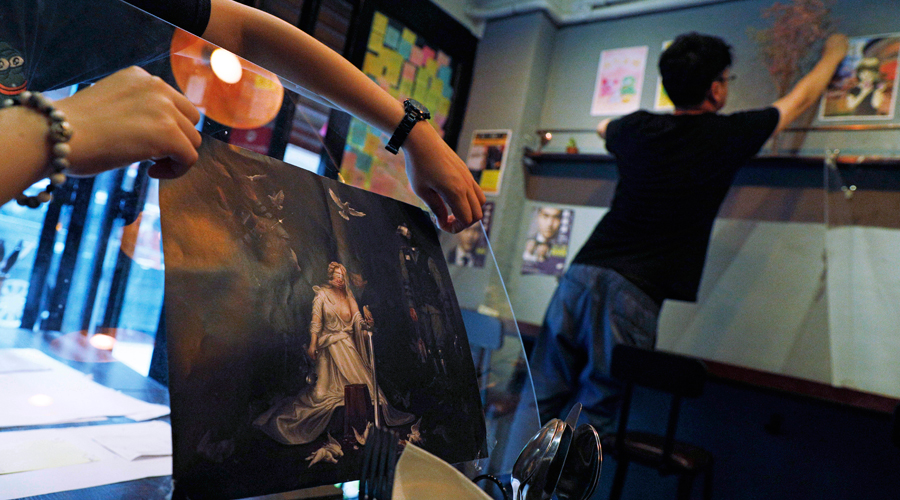 Employees remove stickers and posters with messages in support of the pro-democracy movement at a restaurant in Hong Kong, Thursday, July 2
AP
Reuters   |   Hong Kong   |   Published 06.07.20, 12:47 AM

Books by prominent Hong Kong pro-democracy figures have become unavailable in the Chinese-ruled ciy’s public libraries as they are being reviewed to see whether they violate a new national security law, a government department said on Sunday.

The sweeping legislation, which came into force on Tuesday night at the same time its contents were published, punishes crimes related to secession, subversion, terrorism and collusion with foreign forces, with punishments of up to life in prison.

Hong Kong public libraries “will review whether certain books violate the stipulations of the National Security Law”, the leisure and cultural services department, which runs the libraries, said in a statement.

While legal advice will be sought in the process of the review, the books will not be available for borrowing and reference in libraries.

A search for books by young activist Joshua Wong or pro-democracy politician Tanya Chan on the public libraries website showed the books, including Unfree Speech co-authored by Wong, either unavailable or under review.