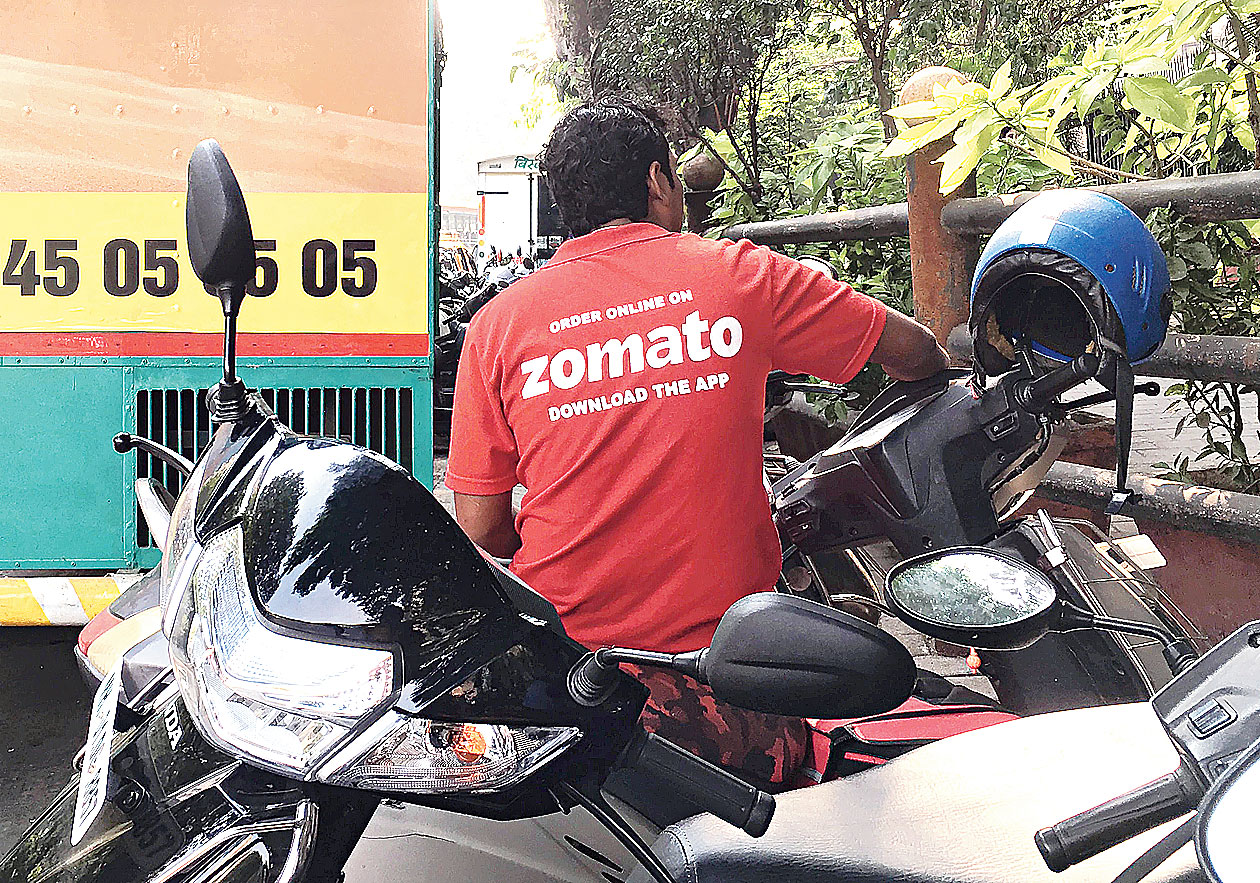 One of the Zomato delivery executives taking part in the agitation alleged that the company was forcing them to deliver beef and pork against their will and that some of their demands were not being met.
(Pic: Shutterstock)
Our Special Correspondent   |   Howrah   |   Published 11.08.19, 10:35 PM

Some delivery executives on food delivery platform Zomato said they have suspended service in parts of Howrah, alleging they were being compelled to deliver beef and pork.

One of the delivery executives taking part in the agitation alleged that the company was forcing them to deliver beef and pork against their will and that some of their demands were not being met.

A news agency report, however, said some delivery executives had claimed they have long been demanding a revision in payment and that the company should immediately stop playing with religious sentiments.

“We have been forced to carry beef and pork items despite repeatedly telling the company that it was hurting our sentiments,” Sujit Gupta, a delivery executive, told Metro on Sunday evening. “It hurts us to take the same delivery bag home. We have said there should be separate executives to deliver beef and pork.”

A statement issued by Zomato said: “In a country as diverse as India, it is impossible to ensure that vegetarian and non-vegetarian preferences are factored into delivery logistics. Delivery partners are unequivocally made to understand the practical nature of the job as they choose to enter the workforce. All our partners understand this fully. There is a small group of partners in Howrah who have raised concerns and we are looking to resolve the issue as quickly as possible.”

Some delivery executives said they had learnt that a few more “counters” would be added to the platform that would only serve beef items. “We will not accept this. You continue with your business and let us be happy with our beliefs,” Gupta said.

Another delivery executive, Bajrang Nath Verma, told the news agency that he had to carry the bag in which he carried beef home and that hurt his religious beliefs.

Delivery executive Mohsin Akhtar said he would not deliver pork under any condition. “Recently some restaurants have been added to the platform. Some Hindu delivery agents are not ready to deliver beef. But the company won’t listen,” he told a news agency. “We are also facing payment issues and have little or no medical facilities.”

Some delivery executives in Howrah are said to have approached Trinamul’s Domjur MLA Rajib Banerjee. “I have told them that they must sit with the company and discuss the matter across the table,” Banerjee told Metro.

Zomato had on July 31 served an exemplary lesson by refusing to resolve a customer’s complaint about being assigned a Muslim delivery executive for his food order.

“Food doesn’t have a religion. It is a religion,” the company had tweeted in response to the customer’s request for a change of rider.

The company stood its ground and refused to change the delivery executive, telling Jabalpur resident Amit Shukla that it didn’t “discriminate on basis of riders”.