Trouble broke out around 9pm when the criminals blocked off the road near Bamunpukur on the Basanti Highway, and began beating up the van driver 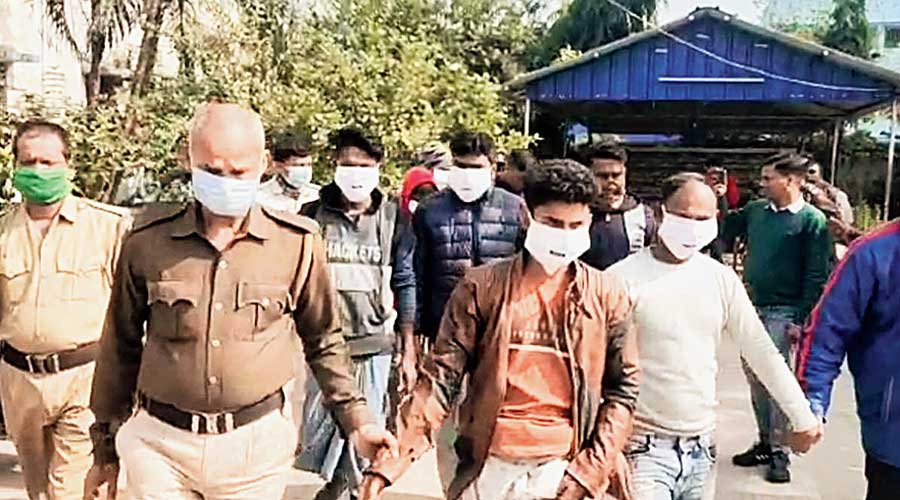 Armed criminals allegedly attacked a group of picnickers, looted their valuables, and hijacked their van truck with a woman member of the party, before proceeding to gang-rape her at gunpoint near Basanti highway in Minakhan on Saturday night.

The group was returning home from a New Year’s Day picnic in nearby Taki.

The woman was reportedly spotted and rescued by residents of Kumarjal area a few hours later, and informed police who then rushed her to a hospital. Sources said the picnic party comprised local businessmen and their family members.

Police began a probe. Six persons have been arrested for their suspected involvement in the incident as of Sunday. The accused, all in their mid-20s, were reportedly having their own picnic nearby from where they began stalking the woman.

Trouble broke out for the picnickers around 9pm when the criminals blocked off the road near Bamunpukur on the Basanti Highway, and began beating up the van driver.

Police and local sources said the criminals also asked the picnickers to evacuate the vehicle, vandalised it, looted their cash and mobile phones, and then fled with the woman inside.

Asked on Sunday, the driver of the picnickers’ van said: “The criminals blocked my way with their car and dragged me out of the cabin and began beating me up. They also snatched the keys to my vehicle, damaged it, asked  passengers move out and beat them up before looting their cash. They fled from the spot with the woman inside the vehicle who could not come out. They hijacked the van along with her,”

A relativesaid: “The criminals first said we damaged their car. But, it was only a ploy to hijack our vehicle, as they soon began beating us up and fled with our van.”

Senior police officers of the Basirhat police district later went to the spot and began a combing operation in the Kumarjal area of Minakhan on the basis of information provided by the woman.

The six were produced before the additional chief judicial magistrate’s court in Basirhat, which ordered 12 days of police custody.

An officer of the Minakhan police station said: “Initially, it was a problem among two picnic parties, but turned into acrime in which a woman was allegedly raped. We have received a complaint from the victim. A case has been started and the accused have been arrested. We are examining all possible angles.”

The woman will be taken to court once she recuperates in order to record her statement before a magistrate.