Opposition decimated in all four Assembly seats, BJP left worrying about keeping it's flock together 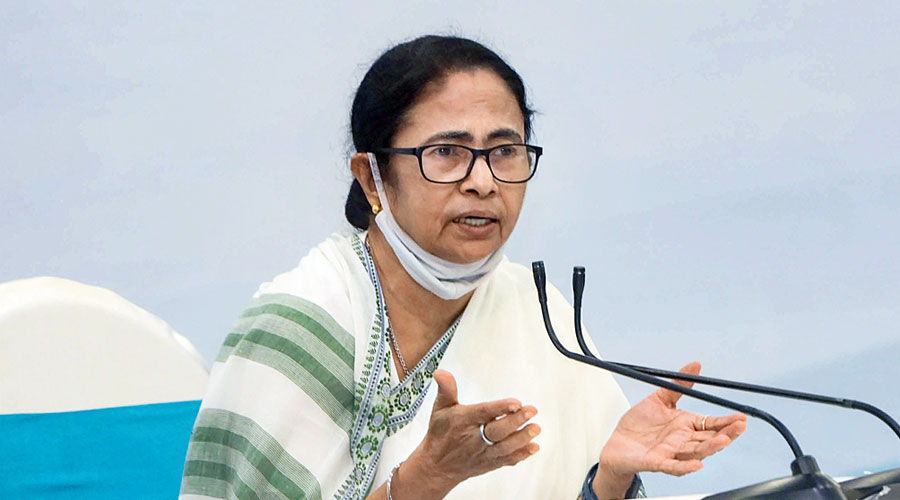 The blueprint of the outcome of the pending elections to  seven municipal corporations and 118 municipalities in Bengal was laid bare in the results to the four Assembly by-elections – Dinhata, Santipur, Khardaha and Gosaba—where voting was held on Saturday.

The ruling Trinamul not only made a clean sweep _  wresting the seats of Dinhata and Santipur _ from the BJP, its winning margins dwarfed every other party in the state.

The CPM continued to remain at the third spot with the only consolation for the party being that the BJP is not too far ahead from it at this stage.

In Dinhata, winning nominee Udayan Guha, who had once donned  Forward Bloc colours and whose late father was a minister in the Left Front government, polled 84.15 per cent of the votes.

Deep in the south, at Gosaba, the winning Trinamul nominee had 87.19 per cent of the votes. In both the places, the BJP received 11.31 per cent and 9.95 per cent respectively.

The votes polled in three of the seats, except Santipur, showed a similar trend of the Trinamul’s vote count hovering either above or close to the 10,000 while the Opposition barely managing to cross the three-figure mark in most of the rounds.

“It seems the Opposition vote does not exist in Bengal any longer. If this is the state, the fate of the municipal elections can be declared even before the dates are announced,” said the head of the political science department of a Calcutta-based college.

“My heartiest congratulations to all the four winning candidates. This victory is people’s victory, as it shows how Bengal will always choose development and unity over propaganda and hate politics. With people’s blessings, we promise to continue taking Bengal to greater heights,” tweeted an ecstatic Mamata.

With the emphatic win Trinamul’s official tally in the house is 218, while BJP's has come down to 75 with five of these MLAs having switched sides to the ruling Trinamul.

“Why we could not retain our two seats requires deep study. The party’s central and state leaders will definitely identify the weaknesses,” said Jai Prakash Majumdar, BJP’s state vice-president.

The biggest worry for the BJP now would be to hold on to its flock of 70-odd MLAs, many of whom first-timers.

“There will be pressure, false cases could be filed (against Opposition MLAs). We have seen what has been happening in Bengal politics for the last 10 years. This politics of coercion and intimidation is costing the state a great deal,” said a senior Congress leader. The Congress had contested only one seat, Santipur, which was once its stronghold.

The seven municipal corporations in the state have been without a mayor for more than a year now as the Mamata Banerjee government, fearing anti-incumbency and using the ruse of the Covid pandemic, withheld  elections from even before this summer’s Assembly elections.

The poll outcome would give enough ammo to the ruling Trinamul to go ahead and announce the civic polls. The Trinamul’s domination in the panchayat elections, where most of the seats went uncontested, had cost the party heavily in the 2019 Lok Sabha polls. Mamata would not want a repeat of the same, but old habits die hard. At this moment, Trinamul is not willing to concede any space to the Opposition. A round-by-round study of the by-poll results says despite being on the winning side, the Trinamul is much afraid.