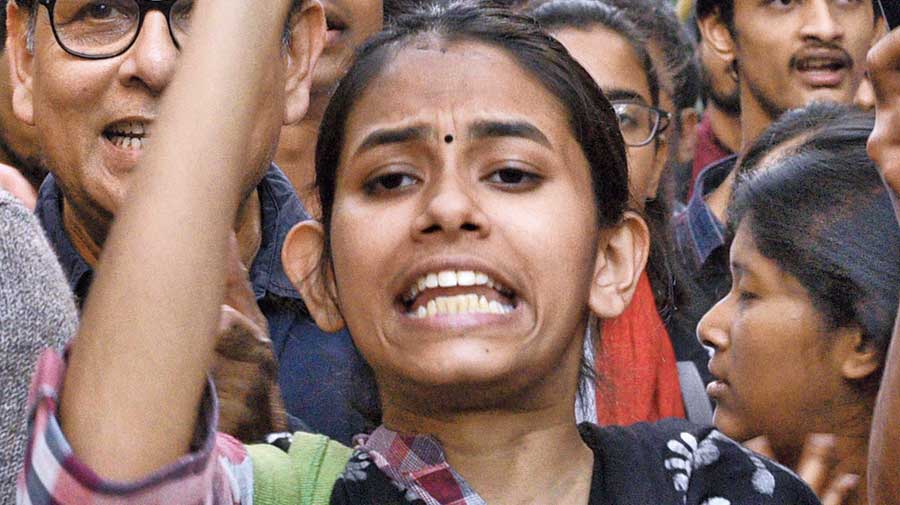 The presence of youths in large numbers at the rally of the Sanjukta Morcha at the Brigade Parade Grounds here on February 28 found reflection in the Left Front’s candidate list that saw several veterans taking a step back and handing over the baton to young faces to fight the polls.

Left Front chairperson Biman Bose on Wednesday declared the names of nominees, a large number of whom are below 40 years, for 124 Assembly seats that the Left parties would fight as part of the alliance with the Congress and the Indian Secular Front (ISF).

“The choice of young candidates by the CPM has been done in keeping with the party’s state committee’s decision to field candidates below 40 in the majority of the Assembly segments,” said a senior CPM leader.

The Left had on Friday published the list of candidates for the first two phases of the Bengal Assembly polls.

“There are several candidates who are below 40 years of age. We will mention the age of the candidates along with their names on our website,” Bose said while releasing the list.

Srijan has been fielded from Singur.

Sayandeep will contest from Kamarhati in North 24-Parganas, Aishe from Jamuria in West Burdwan, Pratikur from Diamond Harbour in South 24-Parganas and Dipsita from Bally in Howrah.

The CPM has re-nominated Satarup Ghosh from Kasba from where he had lost to Trinamul’s Javed Khan in the 2016 Assembly polls.

In Rajarhat-Newtown, the CPM has fielded Saptarshi Deb, the son of former minister Gautam Deb who had played a major role in the metamorphosis of Rajarhat into a new town.

Similarly, Pritha Tah, the daughter of slain CPM leader Pradip Tah, has been fielded from Burdwan South that had in the past elected party veteran Nirupam Sen.

Among the list of Left candidates, activist and actor Debdut Ghosh has been fielded from Tollygunj.

There were talks that the ISF would contest from Nandigram, but on Wednesday, Bose put the rumours to rest by fielding Minakshi.

Reacting to the party’s choice to field her from the high-profile seat, Minakshi said: “It is a difficult seat since the chief minister and one of her former colleagues are contesting. As a candidate of the Sanjukta Morcha, I will have to fight against two forms of Trinamul.

However, our focus will be on employment, good governance and saving democracy in Bengal.”

Commending the party’s decision to field young faces, she added: “It is a very brave step. All those who had been fighting for our cause in the streets will now take the fight to the booths.”

However, a bunch of important Left veterans have also found mention in Wednesday’s list.

Two sitting MLAs — Sujan Chakraborty and Ashok Bhattacharya —have been fielded from their respective seats Jadavpur and Siliguri. Septuagenarian Kanti Ganguly is the Left candidate from Raidighi and politburo member Mohd. Salim has been fielded from Chanditala in Hooghly.

Even though the nomination process for the first phase of polls is over, the Sanjukta Morcha alliance is still having the jitters with the Congress fielding candidates from three seats in Purulia — Kashipur, Baghmundi and Joypur — despite the Left Front announcing their candidates for those constituencies.

Asked about the stalemate, Bose said: “The state Congress chief is in Delhi…once we sit together, all the differences will be solved in minutes.”