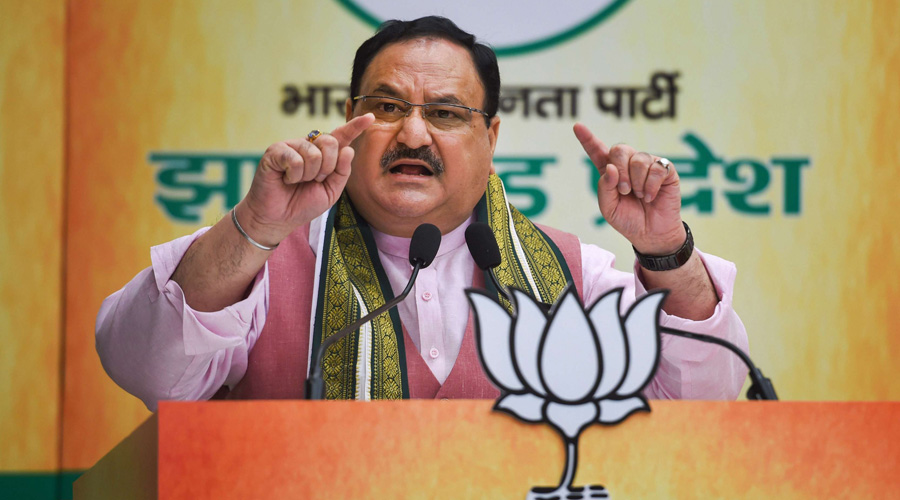 BJP national president J.P. Nadda will flag off 294 LED vehicles or raths from here on Thursday to collect suggestions from the people of Bengal for incorporation in the party’s election manifesto.

Dubbed as an “outsource campaign”, the programme is one of the many reachout initiatives undertaken by the BJP to establish direct communication with the state’s electorate ahead of the Assembly elections, sources said.

“Through the campaign, it (the party) will directly engage with the citizens of West Bengal in crafting the vision for West Bengal for the next five years by inviting citizens to give their suggestions,” a press release issued by the party on Wednesday said.

“Two crore suggestions will be collected by the party and will be used in the creation of the BJP’ manifesto for West Bengal,” the release added.

Each of the 294 vehicles, equipped with suggestion boxes, mobile phones, and tablets, will cover an entire Assembly constituency. While people will be able to drop their suggestions in these boxes, party workers travelling along the vehicles will make videos of “people’s aspirations” through the mobile phones and tablets.

Suggestion boxes will be placed at several points across the state. The press release said 30,000 such boxes — 100 for each Assembly — will be set up. Additionally, the party will release a phone number and email id that can be used by the common people to communicate their ideas.

Meetings with representatives of various communities across the state will be held to collect suggestions.

Nadda will participate in one such meeting on Thursday evening in Calcutta.

BJP’s chief spokesperson Samik Bhattacharya on Wednesday said the programme was being launched as a part of the party’s plans to campaign for Prime Minister Narendra Modi’s scheduled public meeting at Calcutta’s Brigade Parade grounds on March 7.

“The initial launch will be to campaign for the PM’s meeting on March 7. However, it will continue even after that,” Bhattacharya said. He added that the BJP had fixed a target for its workers to bring at least 10 people from each of the 78,000 odd booths in the state to the Brigade rally.

On March 5 and 6, BJP MPs and MLAs will go on a door-to-door campaign to invite common people to the meeting.

During his day-long tour on Thursday, Nadda will be visiting the residence of iconic Bengali authors Bankim Chandra Chatterjee and Bibhutibhushan Bandyopadhyay in North 24-Parganas. He will also visit the Mangal Pandey memorial and is scheduled to have lunch at a jute mill worker’s house.

Nadda will take part in the culmination rally of the party’s Parivartan Yatra in the Nabadwip zone on Thursday.